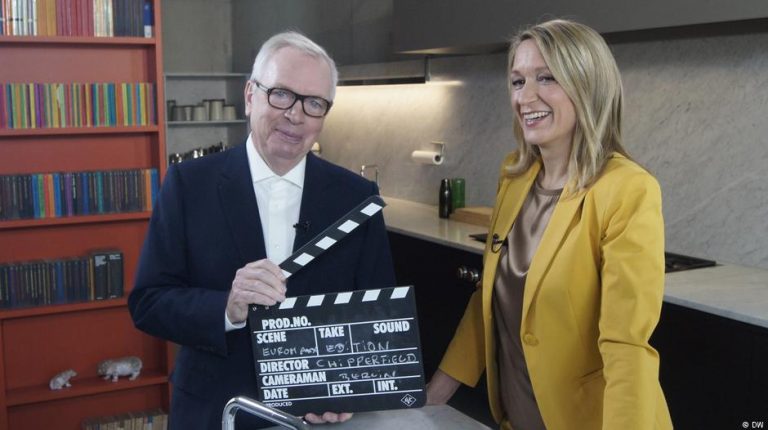 Some very famous faces on Europe’s creative scene got behind the camera to film special episodes for Euromaxx, DW’s lifestyle and culture TV show. The episodes give viewers a one-week backstage pass to the stars’ lives.They cleared a date in their concert calendar, washed up their kitchen utensils, or put down their pencils in their design studios to come work with DW: For one week famous figures in Europe's creative scene produced their own individual episode for Euromaxx, DW's culture and lifestyle TV show.

Whether chef or musician, designer or photographer, each person stepped into the role of lead director for a day, presenting a program of choice alongside Euromaxx presenters Meggin Leigh, Meike Krüger and Linda Bethke.

The guests also got to choose the filming locations, which ranged from ateliers to galleries, apartments to palaces, all of them providing rare glimpses backstage into the professional and personal worlds of the stars.

Violinist Rieu opened the doors of his palace home in Maastricht, the Netherlands, to the DW team, even living up to his name as the "King of the Waltz" and sweeping two DW presenters across the parquet to the music's 1-2-3 beat. Photographer Rankin surprised Euromaxx presenter Leigh with a spontaneous photoshoot, while architect Chipperfield revealed what wishes he would like to see come true for his 65th birthday on December 18. Lavinia Biagiotti, the CEO of the Biagiotti fashion house founded by her mother, spoke about her mother's legacy and why she can't stand the term "fashion victim."

The most surprising moments in the special series of Euromaxx episodes came about thanks to the guest creatives themselves. And that was exactly what was planned, said Rolf Rische, the head of DW's Culture and Lifestyle department. "A successful concept, which Euromaxx has been over the past 15 years, has to keep reinventing itself in order to excite its viewers," Rische said. "We are breaking new ground with this Euromaxx special edition in that we are not only reporting on prominent European creatives, but are entrusting our program to them and letting them call the production shots."

Deutsche Welle will be broadcasting this Euromaxx special edition starting Monday, October 15, and lasting through Friday. Additional stories from the stars, as well as photos and videos from the episodes' production, will be available on Euromaxx's Instagram and Facebook accounts. You can go there to learn what Michelin-starred chef Raue's favorite places in Berlin are, or get an expanded look at the palace home of musician Rieu.

The Euromaxx episodes will be available on YouTube in mid-October and can also be found online.