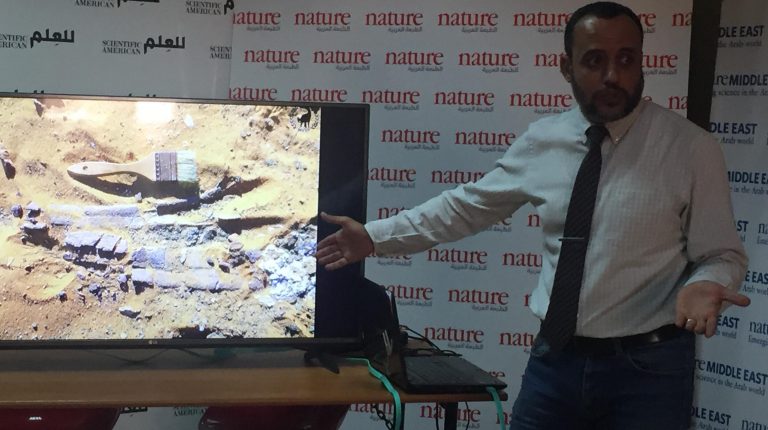 During the session, Sallam briefed the audience which included science journalists and students interested in scientific research, on the steps which led him and his team to discover fossilised remains belonging to an individual dinosaur, christened Mansourasaurus shahinae gen. He also spoke about the problems that he had faced during the journey to Mansourasaurus.

The discovery was revealed in an article published late in January 2018 in the Nature (Ecology & Evolution) journal.

Sallam said that the way to Mansourasauras was not easy amid the lack of support, and that he had no fund for conducting the research. The remains of the dinosaur were discovered in the Quseir formations of the Dakhla Oasis in Egypt’s Western Desert by a team of researchers from Mansoura University, and Ohio University, US.

He explained that his team’s project aimed at filling a 30-million-year gap in the late Cretaceous fossil record of Africa, from which very few fossils of land-living vertebrates are known, adding further that the dinosaur’s name “honours both Mansoura University and Mona Shahin for her integral role in developing the MUVP. The field team included researchers Iman El-Dawoudi, Sanaa El-Sayed, and Sara Saber.”