“For years, I’ve been receiving one main question from thousands of women, which was “how we should deal with our men?” The question whose answer was the inspiration behind writing this book; a guide to young females on how to understand men, better yet deal with them,” said Ismail Fouad Kassem, a young social media influencer, about his first released book, “E’rafy Raglek w Alemmy Aleh” (Know Your Man and Leave Your Mark).

In presence of a gathering of fans who have been following Kassem for years, and who see him as their guide and source of advice on how to deal with men in order to make their relationships work out, Kassem launched his book on Saturday. The book takes women into the alleys of the mindsets of Eastern men, in order to explore the male perspective towards different life aspects, with tips on how to win their hearts ,without letting go of their feminine delicate characteristics.

In his book, Kassem diversifies men into categories, depending on their personalities and attitudes. With 24 different personalities, the book defines the method with which each of them thinks, and the perfect way to deal with such a man.

Kassem holds an MBA, and is an AUC graduate with degrees in Political Science and Psychology. He is also a certified practitioner in NLP, Time Line therapy, Hypnosis, and is also a Reiki practioner.

Despite categorising men, Kassem started his book mentioning the common things most men share all around the world, not only in Egypt, explaining that accepting’s natures is one of the essential keys for the success of relationships.

“I don’t see that I categorise men in my book. It’s a form of simplifying their attitudes based on their personalities for women to easily understand them,” Kassem told Daily News Egypt.

To Kassem, in addition to his experience of talking with and exploring their personalities, his background helps him in having an in-depth knowledge of male’s mindsets.

“As a psychology graduate, I used my background in understanding people’s minds and personalities, and as a man I hear from both sides, men and women, and this led me to be more aware of different personalities with atypical attitudes,” he explained. 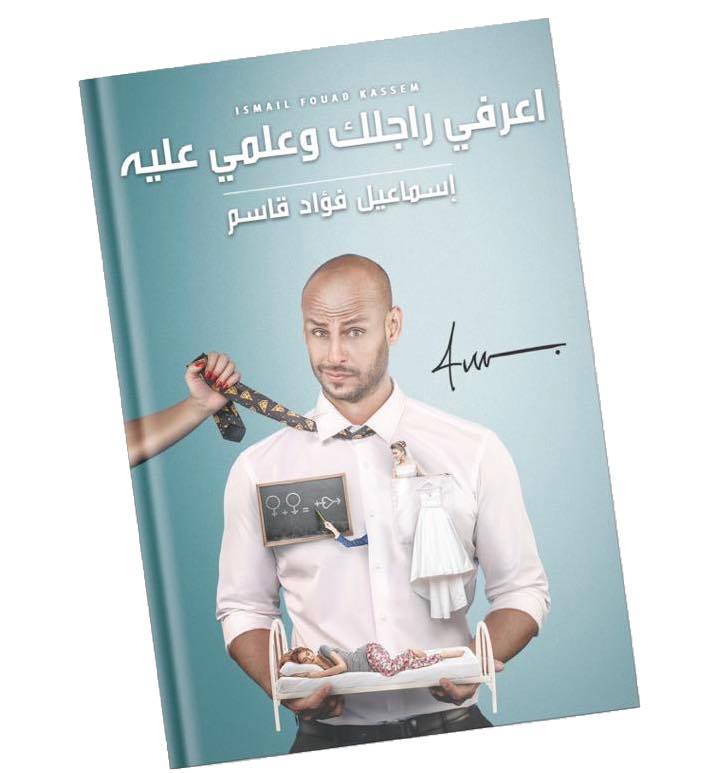 Kassem started that he gained his popularity as an online relationship consultant, with videos he posted on social media, which were met with huge success by youth.

With 70% of the problems directed to him coming from females, Kassem managed to deeply understand the Eastern mentality, which many women feel is “hard to understand and deal with.”

“We [men] grew up in a society that taboos male vulnerability, highlighting that the only way of being a man is by being strict, and forcefully lead the relationship,” he said, adding, “men in the Middle East usually have stereotypes about women regarding how they treat them.”

Aiming to fill this gap, explaining men’s characters is the first step in Kassem’s planned path to fix and facilitate communication between partners.

The book is written in a colloquial Arabic, as Kassem is trying to reach out to “young social media users who do not read much, and need a simple way to have the message delivered.”