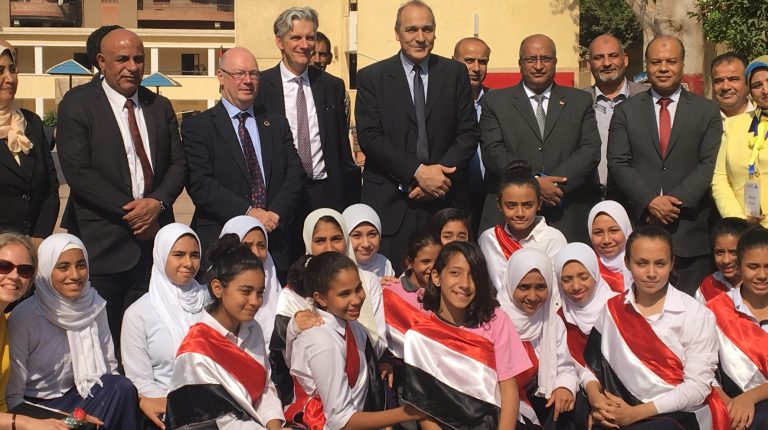 The UK will give £12 million to support education reform in Egypt through the UNICEF, according to a Monday UK embassy statement.

The statement explained that the UK fund will include support for teachers’ training, through the ministry’s flagship education programme, and support children’s education in governorates across the country.

“I am proud that once again the UK is at the forefront of supporting Egypt’s development and growth,” said Middle East Minister Alistair Burt, adding that the fund sends a global message of support to the future generations of this country, and will help the Egyptian government turn its education reform vision into a reality.

“An investment in Egyptian youth is an investment in Egypt’s future. Education is central to this,” said the British ambassador to Egypt Sir Geoffrey Adams, adding that his country is committed to support Egypt in implementing its education reform plans, so that Egyptian students all over the country are equipped with the knowledge and skills they need to succeed.

On Sunday, the British embassy announced that Burt arrived in Cairo on Saturday for a visit focusing on supporting the Egyptian government’s education reform, as well as Egyptian entrepreneurship.

Burt is due to meet Egyptian Foreign Minister Sameh Shoukry to discuss regional and international issues, during his current visit. He will also meet with civil society representatives to discuss a range of issues.