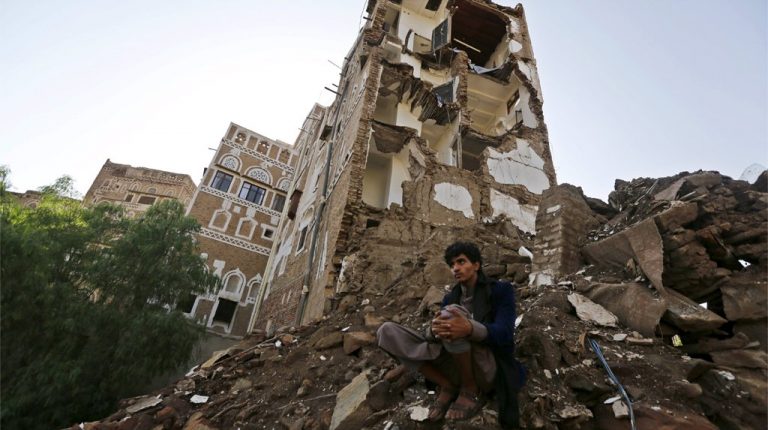 The United Nations warned on Monday that about 13 million people in Yemen could face starvation amid the continuity of war in the country, without allowing humanitarian aid. The UN described the situation in Yemen as “the worst famine in the world in 100 years.”

Lise Grande, the UN Humanitarian Coordinator on Yemen’s crisis said that the UN predicts that “we could be looking at 12 to 13 million innocent civilians who are at risk of dying from the lack of food.”

Grande added in an interview with the BBC that the world should be ashamed, and should renew their commitment to do everything possible to help the people that are suffering, and end the conflict.

In September 2014, the Ansar Allah “Houthi” group backed by Iran, seized control of the Yemeni capital Sanaa. In March 2015, Saudi Arabia announced forming the Coalition for Supporting Legitimacy in Yemen.

On Saturday, at least 15 civilians were killed in the past raid for the Saudi-led coalition in Al-Hudaydah city which lies some 230 km away from the capital Sanaa, and is controlled by the Houthi movement. Hudaydah is the only working port in Yemen which receives the largest amount of humanitarian aid for the country.

“I think many of us felt as we went into the 21st century that it was unthinkable that we could see a famine like we saw in Ethiopia, like we saw in Bengal, like we saw in parts of the Soviet Union, that was just unacceptable,” she said, adding that “many of us had the confidence that that would never happen again, and yet the reality is that in Yemen, that is precisely what we are looking at.”