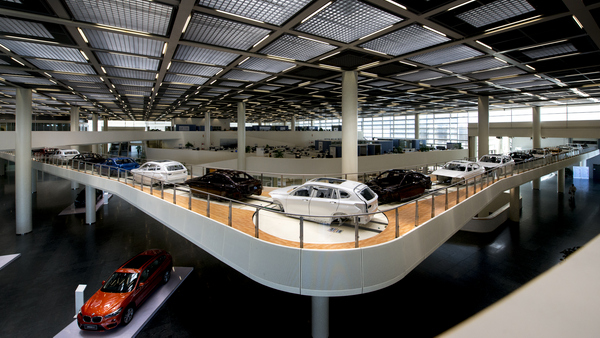 Germany’s BMW announced that it will take majority control of its main China joint venture for €3.6 bn equivalent to $4.1bn, the first such move by a global car manufacturer, as Beijing starts to relax ownership rules for the world’s biggest auto market, Reuters reported.

The German company will lift its stake in its venture with Brilliance China Automotive Holdings Ltd to 75%, up from 50%, with the deal closing in 2022, when rules capping foreign ownership for all auto ventures are lifted.

Bearing in mind that this move will likely push BMW to shift more production towards China, which will help in reviving profits amid a progressing trade war between Washington and Beijing, which has raised the expenses of importing BMW vehicles manufactured in its US factory in South Carolina.

Meanwhile, the deal also marks a milestone for foreign automotive manufacturers, who have been capped at owning 50% of any Chinese venture, and have had to share profits with their local partner, which could encourage rivals such as Mercedes Benz manufacturer Daimler AG.

For his part, BMW CEO Harald Krüger said in a speech in Shenyang, northeast China, where the joint venture is based, that BMW is now embarking on a new era, then he thanked the Chinese Premier Li Keqiang, whom he said “personally supported” the plan.

He added that the joint venture plans to add a new factory, spending over €3bn on a large-scale expansion of the existing production facility.

Notably, Beijing has been eager for global automotive manufacturers to invest more in China, and has also eased restrictions that cap foreign ownership of electric vehicle businesses by 50%.

As trade tensions have escalated, China’s government has also pledged to open up its markets extensively, including cutting taxes on imported vehicles, cancer medicines, and a range of consumer goods.

The rule changes have already helped Tesla Inc to gain Beijing’s approval to establish for the very first time a foreign thoroughly-owned manufacturing and sales company in Shanghai, which means a full presence in China without a partner.

BMW is considered as one of the biggest exporters of vehicles from the US to China, placing it firmly in the crosshairs of the trade war.

“Given the trade dispute between the US and China, there is a powerful incentive for automakers to produce vehicles in the markets where they sell them,” said independent auto industry analyst James Chao.

He said that control of the joint venture could spur BMW to bring production of models like the BMW X4, X5, and the X6 SUVs, which are currently built in the US, to China.

Moreover, Arndt Ellinghorst, head of Automotive Research at Evercore ISI, called the deal a major breakthrough, noting that in the future, BMW will have full control over the biggest regional profit pool of its business.

Earlier last week, Daimler’s Chief Executive Dieter Zetsche, informed Reuters that recent signals from the Chinese authorities were encouraging, but the German carmaker did not yet receive legal permission to make a move.

“If we do, we need to see what opportunities there are,” Zetsche said at the Paris Motor Show, adding that any steps depend on talks with BAIC Motor Corp, Daimler’s partner in joint venture Beijing Benz.

NOT BRILLIANT FOR BRILLIANCE

BMW’s Hong Kong-listed partner, Brilliance China, which generates the vast majority of its revenue from BMW-branded cars, has seen its shares tumble nearly 50% this year, due to talks regarding that such a deal was in the offing. The company’s shares were suspended on Thursday morning.

He added that while the situation was complex, the partners would need to “stick together through thick and thin.”

A number of carmakers, including Mercedes-Benz parent Daimler, and Japan’s Honda Motor Co, said earlier this year they had no immediate plans to change their Chinese joint venture structures, despite the planned rule changes.

On the other hand, Chinese demand for mass-market passenger cars has fallen, increasing the dependence of some local players, such as BAIC, on income from ventures with premium brands like Daimler.

Industry insiders and analysts fear sales could fall this year for the first time in decades, as China’s auto sales dropped in July and August.