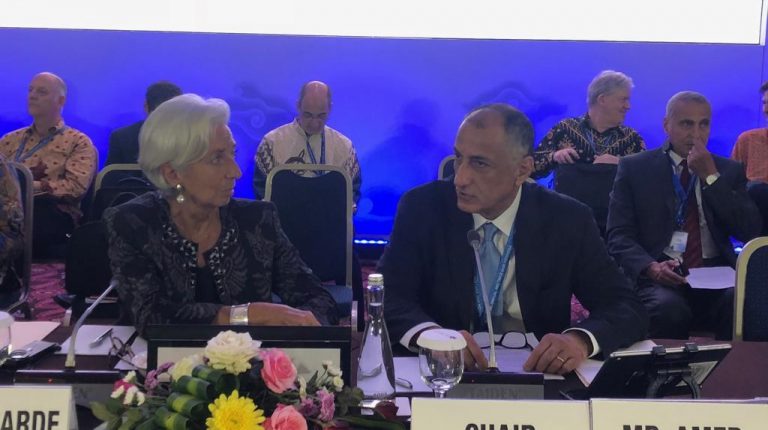 Tarek Amer, Egyptian Central Bank’s (CBE) governor called for the recovery of Africa’ smuggled funds which were illegally transferred abroad, during his participation at the G24 meeting on the sidelines of the IMF’s and WB’s annual meetings in Bali, Indonesia, adding, “Where are our fortunes? how can we develop our countries while our money is leaking outside, our resources are depleted, and we are exerting huge efforts to develop our countries?”

A CBE Tuesday statement said that Amer and Christine Lagarde, managing director of the IMF, co-chaired the African Consultative Group meeting in the course of the annual meetings.

“Our final goal is to boost the economic growth and narrow the income gap between citizens in our African countries and citizens in the progressed countries as well as achieving equality regarding getting the same opportunities in health, education, and finance,” said Amer.

Furthermore, Amer expressed his appreciation for the international efforts that aim to push the African development’s schedule forward, which was obvious in the inauguration speech at the UNGA in September that shed light on the urgent need for finance in Africa.

“African countries look forward to more finance from the IMF,” said Amer, adding, “the current funds are not always sufficient for African needs.”

“I would like to add the issue that raised by the governors of the African Caucus’s central banks governors in Sharm El-Sheikh last September, which are strengthening the IMF’s efforts towards withdrawing correspondent relationships with banks, and addressing illegal financial flows to ensure the return of lost assets,” remarked Amer.