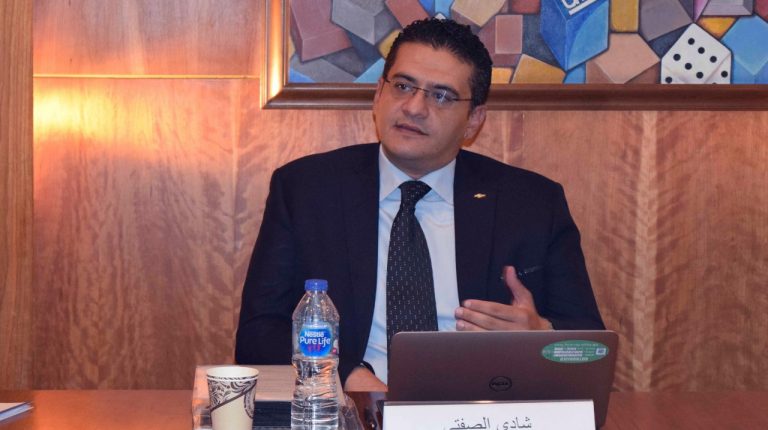 General Motors Egypt is keen to provide environmentally-friendly products at its plants and establishments, where natural gas is used in all its boilers and ovens, in addition to implementing a number of programmes which reduce waste, rationalise water consumption, and increase recycling rates.

The company has also embarked on the installation of solar panels to be used as an alternative to traditional electricity in the Sixth of October plant. GM also replaced the traditional lighting systems with new LED power saving systems, which cut electricity consumption by 18%, and water by 6%, compared to last year, despite the expansions.

The company is also eager to preserve the safety of the environment by modifying the equipment used in manufacturing cars, which works by cutting emissions of harmful gases and reducing the environmental impact. GM, in cooperation with a number of major companies, will work to curb waste. For instance, it will save on consuming paints, paper, and residues of automotive components, which is granted to other companies to be used again, instead of becoming a burden on the environment.

In recognition of the company’s efforts in waste reduction initiatives at the its plant in the Sixth of October City, the factory was classified as a non-burial waste productive plant, in addition to receiving the silver award for preserving the environment from the United Nations Industrial Development Organization (UNIDO).

In this context, General Motors Egypt organised a panel discussion on its tangible efforts in the field of sustainable development, rationalisation of energy consumption, and environmental protection during the past year, within the framework of the company’s strategy, which is in line with Egypt’s 2030 Vision For Sustainable Development, that aims to achieve sustainable development for generations to come, as well as to conserve various environmental resources from pollution, and reduce their consumption.

The meeting also included the efforts of General Motors Egypt in the framework of awareness initiatives. The company signed a cooperation protocol with the Ministry of Education which aims to raise environmental awareness among school students, through a series of monthly lectures by a number of environmental education experts.

The session was moderated by Shady El-Safty, director general of Engineering Management, Manufacturing and Quality, during which a presentation of the company’s most prominent achievements was reviewed in terms of social responsibility, which included four categories: the rationalization of energy consumption, reuse, recycling and reliance on clean and renewable energy, as well as various awareness initiatives.

El-Safty said that they are proud of the initiatives they are conducting which focus on social responsibility to achieve a number of sustainable development political goals, including the safety of all employees, encouraging them to participate in all initiatives to provide environment-friendly products at affordable prices, and to contribute towards efforts of preserving the environment, in line with the company’s laws and requirements.