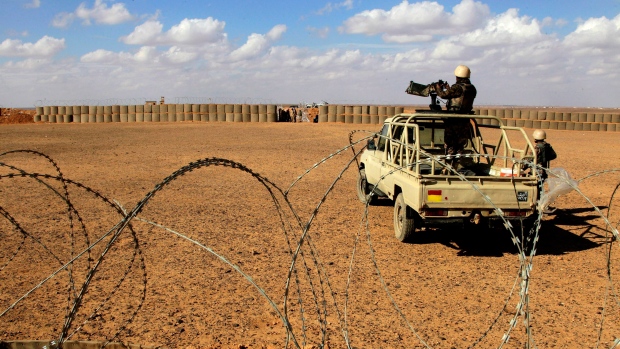 The Quneitra crossing in the Israeli-occupied Golan Heights and a vital crossing between Jordan and Syria has reopened.

Israel on Monday reopened its Quneitra crossing in the Golan Heights to UN observers who had left the area in 2014, amid fierce fighting between Syrian regime forces and rebels.

Another vital border crossing between Jordan and Syria was also opened in what will be a welcome boost to Syrian President Bashar Al-Assad, eager to tell the world that his government is near winning a seven-year-long civil war against an assortment of rebels.

The Quneitra area was retaken from rebels by the Syrian army and its allies in July. The crossing’s reopening on Monday was attended by UN observers and notables from the Druze community to whom the region is home, as the two groups were the main users of the crossing.

The UN deployed observers to the area in 1974 in its UNDOF mission after the 1973 Arab-Israeli war to monitor a cease-fire and a demilitarised zone between Syria and the Golan Heights, which Israel occupied in 1967.

The crossing between Jordan and Syria, known as Jaber on the Jordanian side and Nassib on the Syrian side, was a vital trade and transport link between the two countries before Amman closed it after the post was taken by rebels in April 2015. Syrian government troops retook their side of the crossing in July, under a Moscow-brokered deal with the rebels.

Jordan is heavily reliant on imports and foreign aid, much of which used to pass through Syria. A year before the war in Syria broke out in 2011, annual cross-border trade between the two countries stood at €530 million euros.

The reopening will also be welcome to Syria, whose economy has been devastated by the war. It also represents a diplomatic victory for Assad, whose Arab neighbours have shunned him since the war erupted, among other things freezing Damascus’ membership in the 22-member Arab League.

The crossing is also important to Syria’s neighbour, Lebanon, which has used it for access to foreign markets for its agricultural exports.