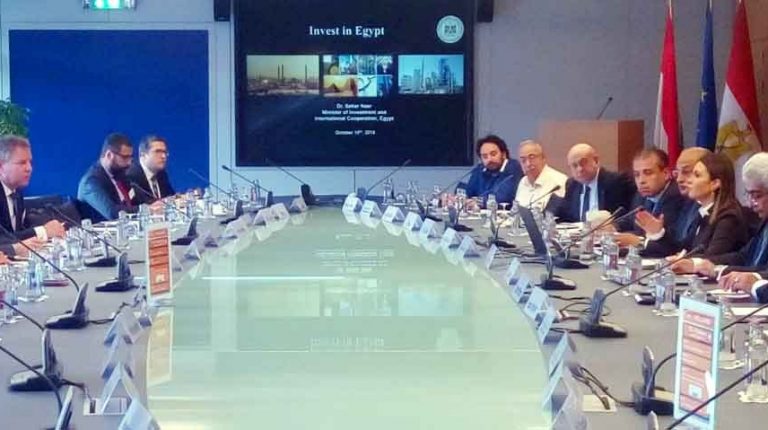 Minister of Investment and International Cooperation, Sahar Nasr, began an investment promotion trip in Belgium and Luxembourg on Tuesday.

According to a statement by the ministry, the visit will witness discussions regarding boosting the European investments in Egypt with officials from the European Union and the European Investment Bank.

Luxembourg is a special location, as it is considered a hub for the European funds, which is a chance for exposing Egypt’s investment opportunities, said the statement, noting that Egypt looks forward to boosting cooperation with the European funds in Luxembourg.

Nasr met with about representatives of 20 companies in Luxembourg where she presented Egypt’s achievements in implementing the economic reform programme, regulatory framework, the statement said, adding that the Egyptian authorities are actively working to encourage the private sector investments as an engine for the country’s development, create job opportunities, and eliminate poverty.

The Luxembourg company representatives affirmed that their countries’ economy are enjoying high growth, adding that metal and chemical industries are the most important sectors for their countries.

The services sector is an important part of Luxembourg’s economy, noted the statement, adding that some companies from Luxembourg are already investing in Egypt in engineering, building materials, mining, chemicals, wood products, food, tourism, finance, banking, services, communications, and information.

The minister stressed Egypt’s enthusiasm to increase the investments of Luxembourg’s companies in Egypt, in light of recent legislative reforms which contributed to improving the business environment in Egypt.