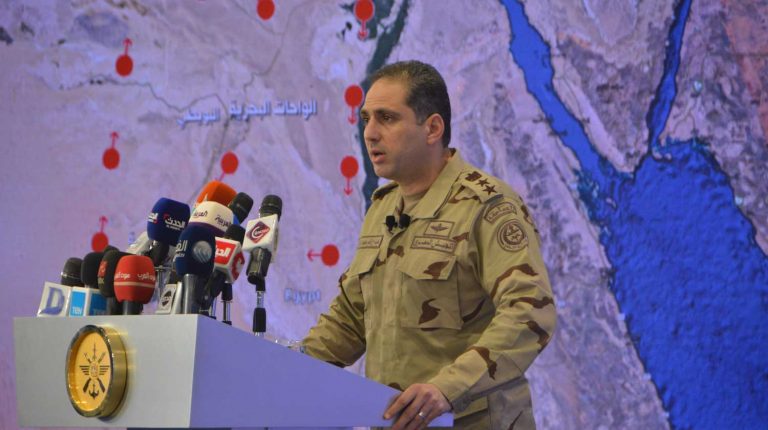 More than 450 militants were killed since the launch of operation ‘Sinai 2018’ earlier this year, said Egypt’s military spokesperson, Tamer El-Rafie, during an interview with Saudi owned Al-Arabiya channel.

El-Refai said that to continue preserving the lives and safety of civilians, the duration of the comprehensive counter-terrorism operation has to be extended.

Aiming to counter terrorism, the military launched last February a comprehensive operation, dubbed ‘Sinai 2018’, to confront militants in central and North Sinai, the Nile Delta region, and the Western Desert.

The operation involves land, naval, and air forces, as well as the police, and border guards.

Since 2013, Egypt has been rocked by several terrorist attacks targeting hundreds of security personnel, mostly carried out by the Islamic State terrorist group’s branch in Sinai.