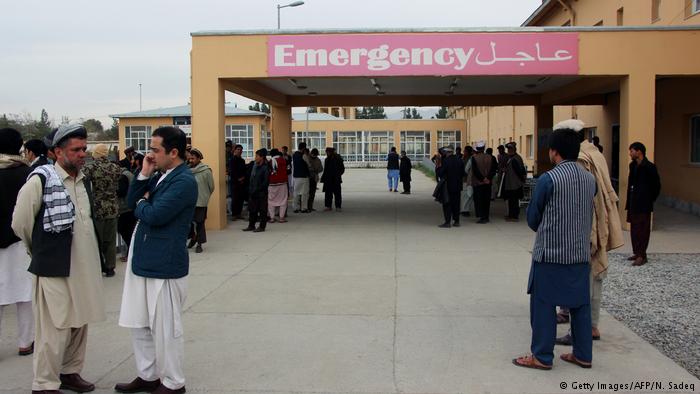 At least 14 people were killed and over 30 wounded when a motorcycle laden with explosives blew up during a campaign rally in Rustaq, north Afghanistan, on Saturday.

The Taliban Sunni radical group quickly claimed on Wednesday responsibility for the attack, which takes the number of candidates killed so far during the campaign season to 14 people.

The Taliban had decried the upcoming parliamentary vote, and several politicians have recently been killed.

“There are a number of wounded people in critical condition,” police spokesman Khalil Aser said.

While Islamist militants are active in the northeast province of Takhar, this is the first major attack in its remote district of Rustaq.

The vehicle exploded around noon, local time, when Nazefa Yusoufi Beg, a female candidate running for a seat in the national parliament, was preparing to address her supporters. She survived the attack, according to a local official.

Nazefa Yusoufi Beg is one of 417 women vying for seats in the 249-member chamber, alongside 2,148 male candidates. The elections are set for October 20.

No group immediately claimed responsibility for the Saturday bombing, which at least 14 people, including civilians and security forces, officials said, when a motorcycle rigged with explosives detonated at an election rally in Northeastern Afghanistan.

However, the Taliban have slammed the upcoming vote as a “malicious American conspiracy” designed to tighten the US grip on the country. They have pledged to attack the ballot and politicians involved in it.

At least nine candidates have been killed in attacks across the country, and two have been abducted with their fates unknown, according to Afghanistan’s electoral commission. Hundreds of civilians have been killed or wounded. Earlier this week, candidate Saleh Mohammad Achekzei died when a suicide bomber targeted his home in the Helmand province, with seven other people also losing their lives.

Both the Taliban and the “Islamic State” are expected to step up their attacks ahead of the vote.

As Afghan security forces struggle to provide security, the US has been seeking peace talks with the leaders of the Taliban insurgency.

On Saturday, the Taliban confirmed their delegation met US envoy Zalmay Khalilzad in Qatar to discuss “ways of finding a peaceful end to the occupation of Afghanistan.”