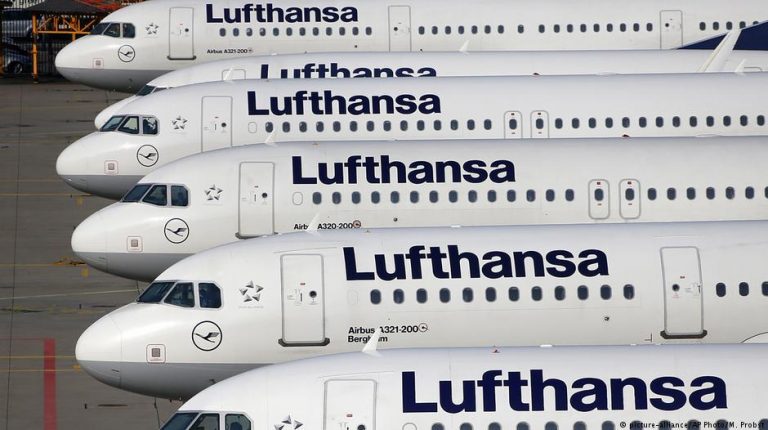 Passengers affected won’t be surprised, but the announcement by Lufthansa that the airline group was forced to cancel 18,000 flights up to the end of August shows the headwinds the aviation industry has faced this year.This year, Lufthansa canceled 18,000 flights through August, one of its senior board members said on Wednesday. That amounts to about 2 percent of its total flights for the year up until that point and significantly more than were canceled in the whole of 2017.

Harry Hohmeister told the Hamburger Abendblatt newspaper that the volume of cancellations was the equivalent of a two-week shutdown of all Lufthansa operations at its main hub in Frankfurt.

The figure underlines the extent to which Germany's largest airline group has struggled with cancellations and delays this year, the vast majority of which it blames on circumstances beyond its control — for example regular air traffic control strikes across Europe and adverse weather conditions.

As well as a high rate of cancellations across the Lufthansa Group airlines, he said that the group had also been dogged by excessive flight delays throughout 2018, again caused by factors which the airline claims are largely beyond its control, such as air traffic issues, security checks and baggage handling.

The regular delays have added to the cancellations rate, as they have affected passengers catching connecting flights.

Hohmeister said he understood why passengers were angry at the ongoing problems the airline was experiencing. "Our customers rightly expect reliability from us," he said.

The total of 18,000 cancelled flights by the end of August equates to an average of 60 flights per day over the period. Hohmeister revealed details of some measures that the Lufthansa Group is taking to limit the damage in the future, such as increasing the number of back-up aircraft in Frankfurt and Munich.

A Lufthansa spokesperson also confirmed to DW the extent to which the group was investing in trying to reduce delays and cancellations.

"The Lufthansa Group is investing around €250 million ($288 million) in all areas of the group in order to increase the punctuality and regularity of flight operations," she said.

"This will provide additional reserve aircraft and replacement crews. Six hundred additional employees are used solely for quality assurance. In addition, nine additional A320ceo aircraft will be purchased at a list price of €750 million to compensate for the delayed delivery of the A320Neo models."

In a statement provided to DW, Lufthansa said the delays and cancellations were "due, among other things, to weather conditions, air traffic controller strikes in some European countries as well as bottlenecks in air traffic control and airport infrastructure as well as the insolvency of Air Berlin, delivery problems for engine manufacturers and busier airspace over Germany."

Lufthansa was also affected by a strike of German public sector workers back in April, when it was forced to cancel 800 flights, affecting 90,000 passengers, due to worker stoppages in various German airports.

Hohmeister called for what he feels would be a fairer distribution of the costs incurred as a result of delays. "We will also talk about fees with our partners, such as airports and air traffic controllers," he told the newspaper. "At the moment we pay the full price, even if the quality is less than 100 percent."

Lufthansa is far from alone this year in having had to deal with cancellations and delays beyond their control. Indeed, it is one of the few topics upon which they are likely to agree with continental rivals Ryanair, who have railed against the damage caused to them in 2018 by external factors such as air traffic control strikes.

"These disruptions are unacceptable, and we call on the Governments, and the EU Commission to take urgent and decisive action to ensure that air traffic control providers are fully staffed and that overflights are not affected when national strikes take place, as they repeatedly do in France," Ryanair boss Michael O'Leary said earlier this year.

Read more: Strikes continue as Ryanair flies through the eye of the storm

While the disruption has caused significant problems for Lufthansa, the airline group delivered earnings above expected in the second quarter.

The Cologne-based airline group reported €982 million in adjusted earnings, down from the previous year but higher than had been expected. Their results for the third quarter are due to be released later this month and will be closely watched by investors and market analysts.