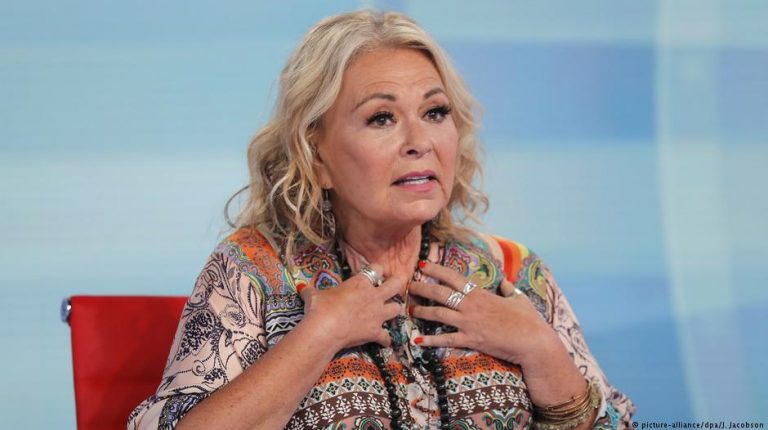 The US comedian said the way she died in an opioid overdose in the new show, The Conners, was “grim and morbid.” Barr was fired in May and her successful sitcom canceled after she sent a racist tweet.Five months after the television sitcom Roseanne was cancelled, US TV viewers witnessed the return of one of their best-known families on Tuesday but without its matriarch.

The new spinoff, The Connors, starring all the main characters from the original Roseanne show — except for its star and creator Roseanne Barr — was given strong reviews by critics.

Barr, however, who was fired in May after sending a racist tweet, criticized the show's producers for killing off her character with an opioid overdose, saying it "lent an unnecessary grim and morbid dimension to an otherwise happy family show."

'Didn't have to happen'

In a statement, the actress and comedian said her character's death was "a choice the network did not have to make."

Barr went on to complain that despite "repeated and heartfelt apologies, the network was unwilling to look past a regrettable mistake."

She said the cancellation of Roseanne was "an opportunity squandered due in equal parts to fear, hubris, and a refusal to forgive.”

Roseanne's original show, which ran from 1988 to 1997 was rebooted earlier this year to much praise for its realistic portrayal of working-class life.

Three months later, it was brought to an abrupt halt after Barr went on a Twitter rant in which she compared Valerie Jarrett, a black former advisor to president Barack Obama, to an ape.

Barr apologized, blaming her sleeping pills for the tweet.

Spinoff of a reboot

US TV network ABC had initially canceled the rebooted show altogether, despite it being a major ratings success, but then came up with the idea of doing it without Barr, who will have no financial or creative involvement in the spinoff.

The first episode of The Conners sees the family struggling to come to terms with Roseanne's death from what is first thought to be a heart attack but is later revealed to be an opioid overdose.

They find she had been hiding painkillers all over the house, and getting them from a circle of friends who shared medication to avoid costs.

The opioid theme could hardly be more topical. Addiction to opioids — mostly prescription painkillers, heroin and fentanyl — has reached epidemic proportions in the US.

According to the US Centers for Disease Control and Prevention, opioids were involved in more than 49,000 deaths last year.

The Associated Press, meanwhile, praised the new show's writers, saying they had done "an absolutely masterful job of tackling a post-Barr world, confronting sadness, cynicism and hopefulness in just the right amount of proportions."