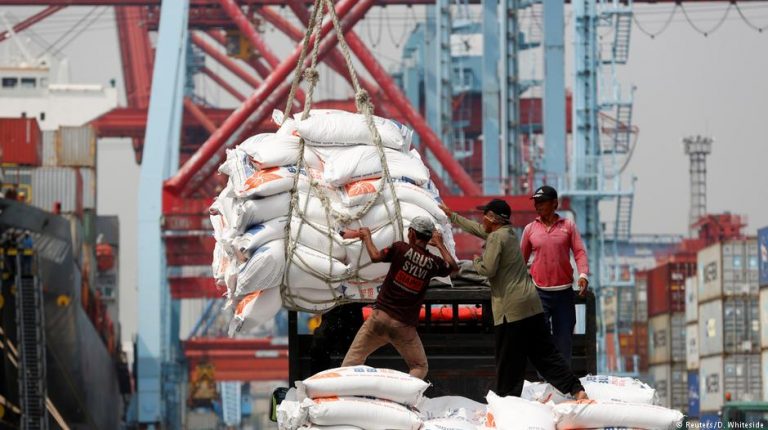 The Asia-Pacific Conference of German Business is due to be held in Jakarta next month. DW spoke with the head of the German Chambers of Commerce in Indonesia, Jan Rönnfeld, about the country’s economic situation.The biggest German networking conference in the Asia-Pacific region is due to take place from Nov 1 to Nov 3. More than 900 business leaders and political figures are expected to attend the event called the 16th Asia-Pacific Conference of German Business (APK). Germany's Economy Minister Peter Altmaier is one of them, alongside a number of senior executives from German companies such as Siemens, Bosch or Daimler. Half of the attendees will hail from the region, and Indonesia itself, which ranks among the 20 largest economies in the world. In the run up to the conference, DW spoke to the CEO of the German Chambers of Commerce (AHK) in Indonesia, Jan Rönnfeld.

DW: What is your assessment of the current economic situation in Indonesia?

Jan Rönnfeld: Overall, it's fairly positive. The country seems very stable. With an annual economic growth of around 5 or 6 percent, it's actually the G20 country with the most stable growth. The driving force behind that is the growing middle class. About 60 percent of the growth is generated by local consumption. That contributes to the stability.

Naturally, the first effect is currency devaluation, something that Indonesia is affected by as well. Aside from India, it's the Asian country hit hardest by this. The second major effect is related to imports. Indonesia has to import most of its oil and also its petroleum-based products and a bad exchange rate combined with high oil prices has an impact that is felt by the government.

But that also means it's being felt by the population as well?

Yes, of course, through the rise in fuel prices. And then there is always an inflationary effect, which you feel when it comes to other imported goods, too. On the other hand, the increase in commodity prices has a positive effect as well because Indonesia is also an exporter of raw materials [N.B.: mainly coal and gas] which in turn brings more money into the country. But overall, the currency devaluation is the more dominant effect at the moment.

Are there concerns that the Asian Economic Crisis could repeat itself?

Since many of the people now in key positions were there during that crisis, that is a concern that's out there. But I believe that the situation now is significantly more stable and better than it was in 1998. For one thing, Indonesia has significantly more currency reserves, between 115 and 120 billion US dollars. A key indicator here is for how many months a country could cover its foreign trade obligations. In that sense, Indonesia is significantly above the benchmark of 3 months that a country should be able to cover. Foreign debt is also comparatively low; the national debt is only around 30 percent. That puts Indonesia in a really comfortable position.

Despite this stability, there are certain irrationalities in the markets when it comes to emerging economies. What is your take on that?

If you compare Indonesia to its peer group, then that's not so much the surrounding countries but rather Brazil, South Africa, maybe Turkey or Russia. If you look at the kind of problems these countries, which are at a similar level of development, have faced in recent years then Indonesia is one of the more relaxed countries in that group.

This year, the Asia-Pacific Conference is taking place in Jakarta. What are your hopes for the conference?

Indonesia was chosen in order to throw the spotlight on this country. German companies are not quite as aware of this country as they should be, given its size and the opportunities it offers. So Jakarta was chosen to refocus on that a bit. But overall, this isn't a bilateral but a very Asian conference and in the end, the topics of discussion will be global ones. So of course there is hope for an exchange with this important and fast-growing region of Asia overall. And to see which other countries are also focused on free and rule-based trade and have less, let's say protectionist tendencies.

Jan Rönnfeld has been the CEO of the German Chambers of Commerce Abroad in Indonesia for almost 14 years. Prior to that, the economist worked for AHK in New York. His focus is on marketing, strategic planning and project management.

The interview was conducted by Manuela Kasper-Claridge and has been edited for length and clarity.