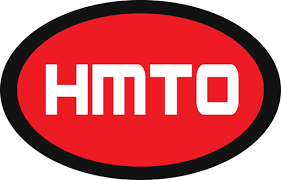 Hmto Food Industries Company aims to double its sales this year through expanding in the local and global market.

Ezzat Abdelsameea, the company’s sales manager, said that they plan to double their sales this year to EGP 372m compared to EGP 186m achieved last year.

He explained that the increase in sales comes through focusing on imports, especially that the economic situation of the local market prevents expanding in sales currently.

The company has managed to achieve substantial volumes in its total operations within the past two years, as it targeted sales worth EGP 168m in 2016, with 12% growth, compared to 2015, however it achieved EGP 186m with 24% growth, pointed out Abdelsameea.

He added further that that since its establishment, Hmto imported 85% of its final products through several origins, predominantly China, Turkey, and Italy before it returned to local manufacturing in September 2016.

Hmto exports about 50% of its annual production to 11 countries. Arab countries account for 60% of the company’s export shares through agents in Saudi Arabia, Morocco, Tunisia, Lebanon, Jordan, Palestine, and Iraq.

He explained that the remaining percentage goes to several other markets, such as Russia and Romania. The company plans to expand in a new group of markets during this period.

Saudi Arabia accounts for 35% of the total exports annually, followed by Tunisia by 20%, and 10% each for Lebanon and Morocco. The remaining percentages are distributed across the rest of the countries.

The company offers several products, such as lollipops, hard candy, soft candy, peanuts, chocolates, and chewing gum. It aims to expand over the upcoming period to include another group of products.

In terms of foreign markets, Abdelsameea said that the company is shifting some attention to African markets. It has exported a group of products as a start to some African countries, most prominently, Kenya and Ethiopia. It is seeking to enter the rest of the markets during the upcoming period.

The sales manager added that the company imports only 10% of the raw materials currently required for manufacturing, including packaging products, however, it purchases the raw materials needed for the products themselves from the local market.

Abdelsameea also demanded increasing Egyptian presence in international fairs, as well as holding and improving international conferences and exhibitions in Egypt, in addition to increasing invitations directed to foreign companies.

The presence in international fairs allows for the introduction of Egyptian products and positioning them in comparison with similar products in the global market, Abdelsameea explained in conclusion.