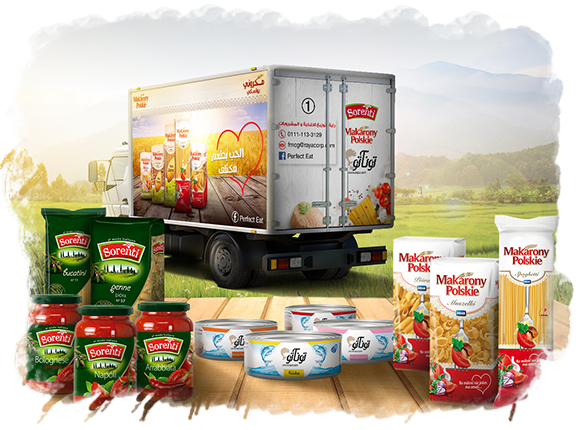 Raya Food Industries company is planning to increase its production capacity to 32,000 tonnes by the end of this year, compared to 12,000 tonnes last year, after adding new production lines.

Omar Abdelaziz, head of the Commercial Sector for Business Development in Raya, said that the sector of food industries and agricultural manufacturing is one of the important sectors in Egypt’s economy, given that it is basic and contributes to securing food.

He stressed that the Egyptian food industry sector can compete both regionally and globally. The company relies on offering high-quality and well-developed products, resorting to the latest technological systems in the field of food manufacturing, in order to meet the various customer needs.

Raya started its activity in the Egyptian market last year with a production capacity of 12,000 tonnes. It bought new production lines that are set to begin by the end of this year, Abdelaziz indicated.

He added that the new production line increased the company’s production capacity to 32,000 tonnes, in order to make the company one of the largest in the agricultural manufacturing field in Egypt and the Middle East.

Abdelaziz further explained that the company depends on providing agricultural raw materials from several major suppliers. It also plans to invest in the field of agriculture and land reclamation, to provide 60% of the raw materials used in production.

He stressed that the company aims to establish the first certified laboratory affiliated to the private sector in Egypt during the upcoming period, to ensure the introduction of high-quality products.

Raya produces about 22 products, namely strawberries for export, and okra and mallow for the domestic and Gulf markets. These products account for 70% of the company’s sales volume.

Abdelaziz said that the company is currently conducting final tests to introduce some of the new varieties of the company’s product list, and has already neared finalising the specifications. These products will soon be launched in domestic and international markets.

The growth rate in the company’s sales within the first nine months of this year will be 600%, compared to the same period of 2017, Abdelaziz estimated. The Gulf and Europe are considered two of the most important export markets, in addition to Russia. The company also plans to enter the markets of America and Canada in the future.

He stressed the importance of protecting the interests of companies in government agencies, as well as working to overcome obstacles, and developing food industries, in addition to providing support to companies through new strategies with major countries, opening channels of communication for all major companies to enter alliances, and raising awareness among small businesses.

Concerning the project of reclaiming and cultivating the1.5m feddan adopted by the Egyptian government, Abdelaziz said that it contributes to increasing the agricultural land, and achieve food security, as well as reduce the gap between production and consumption, develop agricultural exports, in addition to creating new urban communities, and providing new job opportunities.

Abdelaziz pointed out some of the challenges facing the sector, most prominently, the laws governing the sector, and the increase of the prices of raw materials, especially imported ones, which affect the price of the final product, and reduces their competitive chance in the global market.

Raya Food Industries Company started its work in 2017 with the main activity being producing and distributing fruits and frozen vegetables to the retail and food services sector, according to international standards in order to meet the needs of both the domestic and global market.

The company launched its first products in the local and global markets in June 2017 with the brands of “Lazza” and “Everest”. Raya operates according to the international quality standards, and has obtained certificates such as ISO, HACCP, and BRC, which all comply with international standards.

The company exports its products to several countries such as the Gulf countries, Russia, Europe, America, and Canada.