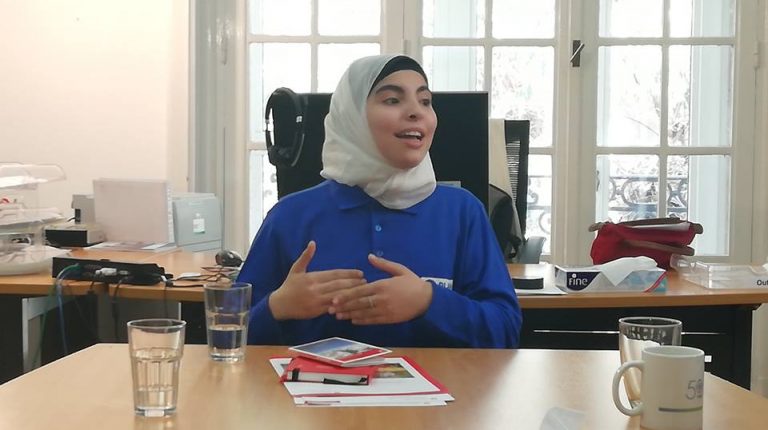 Every year, the world celebrates the International Day of the Girl Child (IDG) on 11 October since 2012.

This day aims to highlight and address the needs and challenges girls face, while promoting girls’ empowerment, and the fulfilment of their human rights.

This year the celebration of the day was marked in a creative way, as the world, especially Egypt, decided to empower girls, through rendering 68 girls to take over for one day the positions of 40 high-level officials in Egypt, including the Egyptian Minister of Social Solidarity, Security General of the National Council of Childhood and Motherhood, senior leaders from the Egyptian government, ambassadors from 20 embassies in Egypt, heads of UN agencies, and civil society leaders. 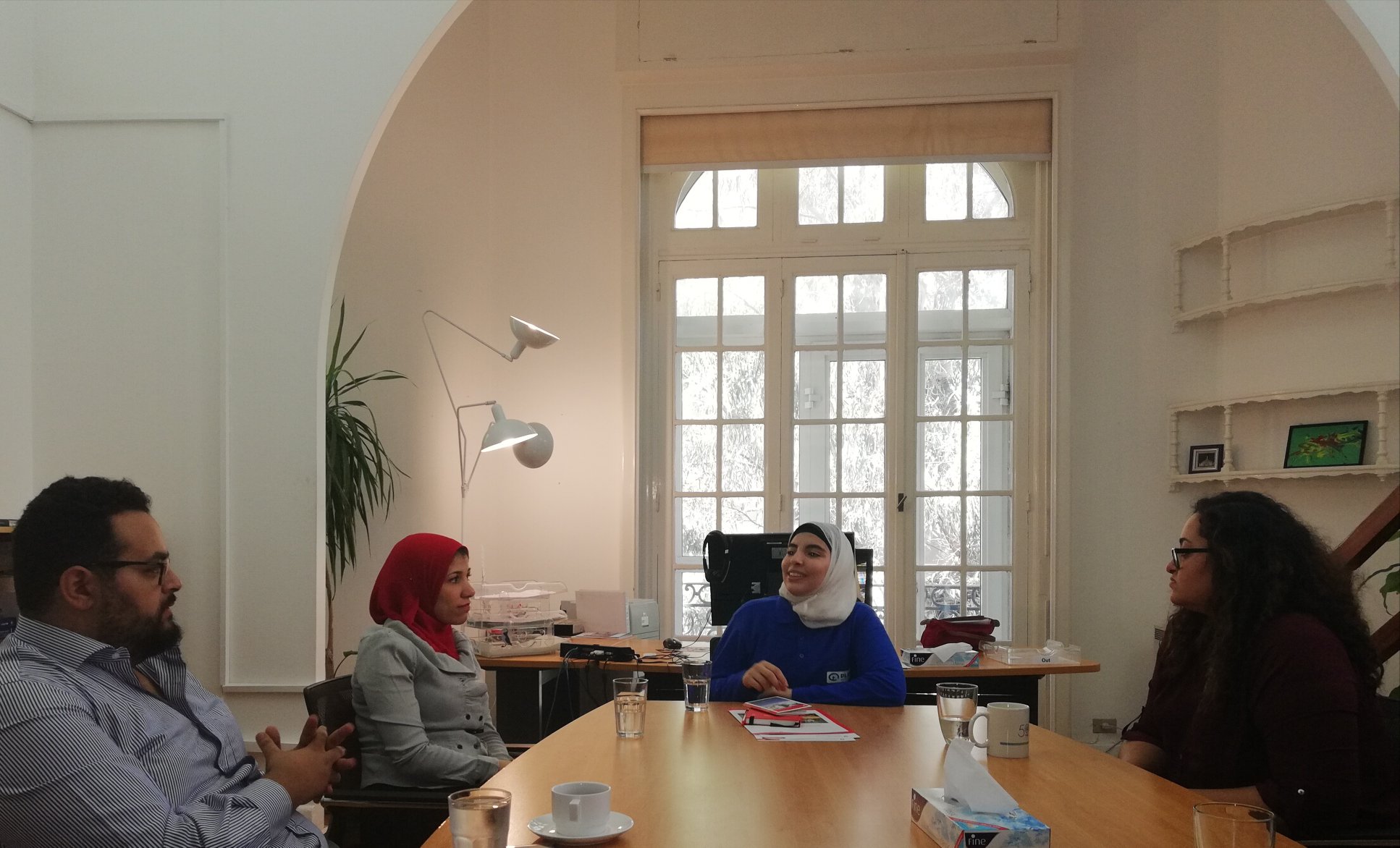 The Girls Take Over initiative in Egypt is part of a series of celebrations to mark the IDG, facilitated by Plan International Egypt, starting in late September and culminating in a “Girls’ Summit” that was held on 11 October.

Notably, in 2012, the first International Day of the Girl was launched following a global advocacy by girls themselves to formally establish the day, through a United Nations Resolution, with support from the Canadian delegation and Plan International, to raise awareness about the particular challenges that girls face, and to take action.

Several countries joined the movement in a concerted action to show support for girls on the 11 October each year. The original rationale for an official day focused on making the invisible lives of girls, both their plight and their power, truly visible, and to inspire commitments and action to promote girls’ rights. Growing on an annual basis since 2012, IDG is currently a foundation for advocacy and gender-oriented activism for many individuals, organisations, networks, and governments.

As previously mentioned, this year the celebration was through unlocking girl power through them taking over for one day the positions of high level officials in Egypt. Daily News Egypt (DNE) met those girls and interviewed them to know more about their power and their inspirations, in addition to their experience in that day, in addition to interviewing some officials to learn more about this creative idea and to know what will be done by the recommendations of the girls.

This October across the world not only Egypt, girls stepped into the shoes of ambassadors, mayors, heads of educational institutions, and business leaders, to show that girls can be leaders and decision-makers, and have their voices heard on the challenges they face. About 1,500 takeovers were facilitated by Plan International globally. IDG Summits are also being held this October in Brussels, Madrid, and several other cities around the world.

Concerning the question of how these girls were chosen or what was the criteria for their selection, Ghada Saafan, the communication manager of Plan International Egypt told DNE that most of the chosen girls had participated before in many awareness programmes, as well as community activities, and they were nominated to participate in the initiative due to their work.

She noted that there were some conditions in order to choose the girls such as, that they had to be in the age category of 14-23, and to have also previously participated in community activities, as well as have negotiation skills.

Furthermore, they needed to be aware of the problems that girls their age face presently, as well as have good presentation skills, in order to be able to convey these problems accurately.

She continued that after the girls were accepted in the initiative, Plan’s lead advisor trained the girls and conducted a matching exercise to choose the best suitable take-over position for each girl, depending on their skills and personalities. 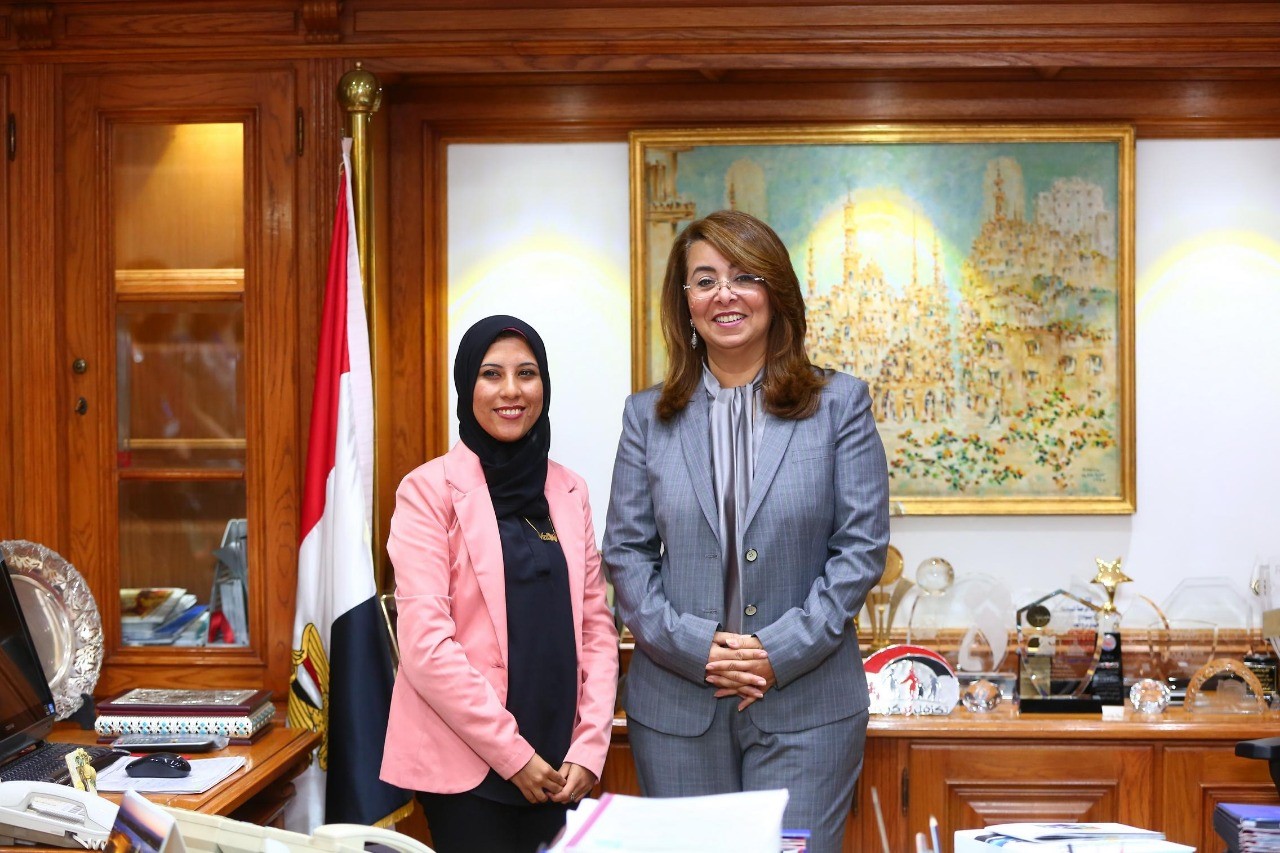 A talented 16-year-old girl, Omnia Mohamed, a high school student, took over the position of the Swiss ambassador on Thursday, a participant in the Girls Take Over initiative.

Mohamed had the chance to experience a typila working day of the Swiss ambassador, and spoke with the Swiss Embassy team about the embassy’s policies and efforts to actively integrate girls and women in all its projects.

Notably, Mohamed was very young when she started becoming socially active and participated in training programmes to empower girls and boys to increase their self-confidence and make a positive change in their communities.

“Sitting in the Swiss ambassador’s seat enabled me to learn more about how the embassy’s work was going and how problems such as child marriage and FGM were discussed,” said the 16-years-old ambassador-for-a-day. Mohamed was thrilled by virtue of this unique experience.

“I have the capacity to help promote women’s leadership in the community, and change limited perceptions people have regarding women,” Mohamed told DNE.

Before going to the summit, Mohamed said that the message that she would deliver is that she can change the negative perspective that the society has towards women, explaining that women achieve more, and deserve more.

“Leading women face many challenges in Egypt, as most traditions do not benefit women, but harm them,” she asserted.

She clarified that the reasons behind all the problems that girls her age face in Egypt are the erroneous traditions, noting that these traditions must change.

“The only way to solve most of the problems that girls face nowadays, is to raise the parents’ awareness to raise their children equally, ” she added.

She pointed out that she was nominated by Plan International Egypt to participate in this initiative due to her previous volunteering and social work.

Mohamed said that her dream is to be a chemist not an ambassador.

“At first, my parents were annoyed by my volunteer work in the social community, but then when they saw that I became more aware bout women’s rights on the social, political or even the economic levels, they supported and helped me to participate in more social and community activities,” she said.

In terms of the recommendations that Mohamed put forth, she said that the most important suggestions were raising gender equality awareness, in addition to establishing more support centres for girls. “My dream was to be an engineer and a Minister. I achieved the first dream after my graduation as I am a graphic engineer, while the second dream was achieved after taking over the position of the Minister of Social Solidarity for a day,” May Salah said proudly to DNE.

The 23-year-old woman said that she heard about Plan International Egypt from her friends, noting that she joined Plan seven years ago, participating with them in many social activities and awareness programmes so they nominated her to join this initiative.

Concerning the most important recommendation that Salah put forward, it was activating the role of the media in covering all the ministry’s programmes and achievements, in addition to changing the girl’s and women’s public service system in Egypt.

Will girl’s recommendations’ be put in officials’ agenda?

Answering this question, the Communication Manager of Plan International Egypt said that many officials liked the girls’ recommendations, and put them into consideration, noting that maybe these recommendations need some amendments in order to better suit the country’s situation.

Giving the example of the suggestion by the girl who took over as president of the UNICEF, she believed that the UNICEF ought to consider sexual harassment as a type of bullying, and Plan welcomed the idea, in addition to the recommendation of the girl who took over the position of Minister of Social Solidarity and suggested changing the girls’ public services system, which was also welcomed by the minister.

Moreover, the girl who took over the position of Swiss ambassador told DNE that she felt while sitting in the ambassador’s office that she had a voice and that her opinions and recommendations were welcomed and mattered, such as setting up support centres for girls. 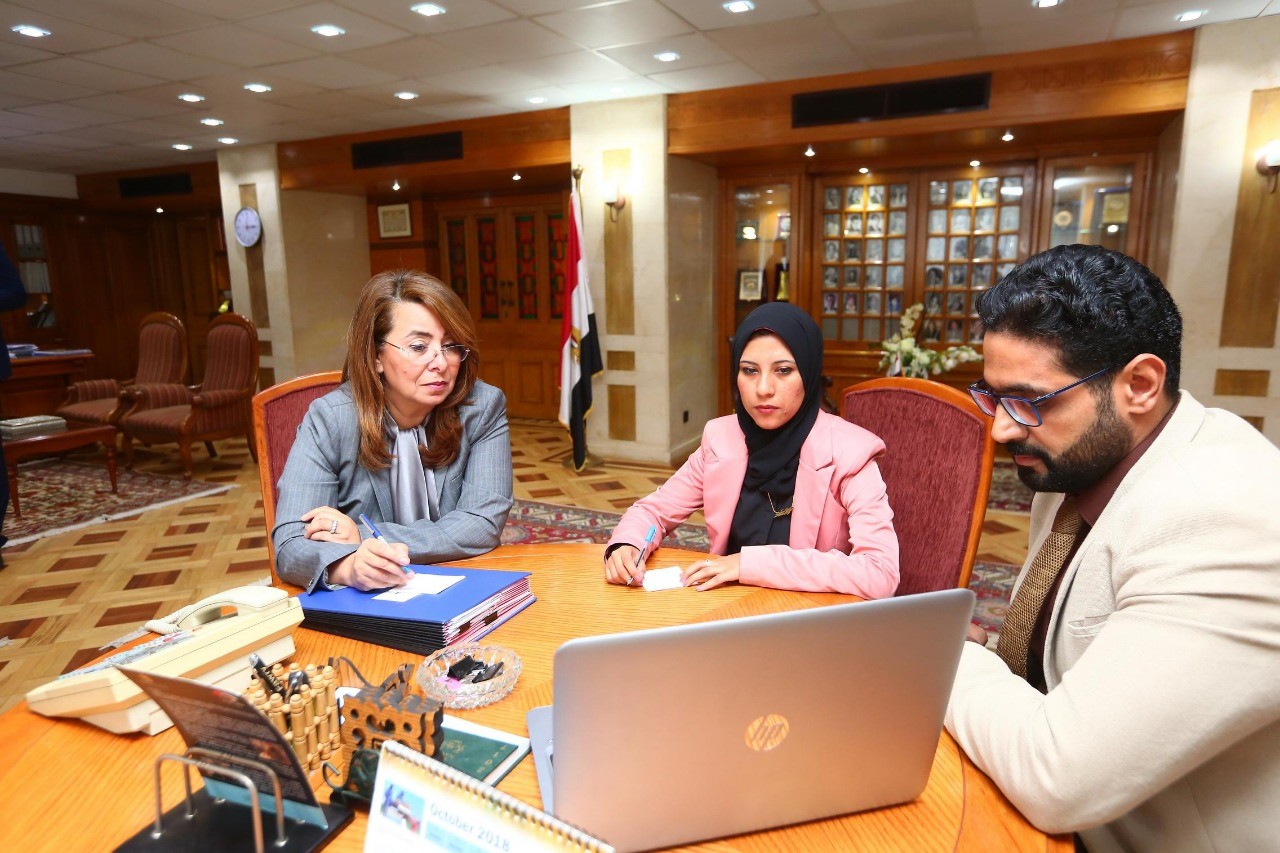 For his part, Mudasser Siddiqui, Plan International Egypt’s country director, said that the various celebrations organized by Plan International aim to shed light on the challenges that girls face, to celebrate the efforts underway to address these challenges, and to enhance girls’ rights.

His remarks came during the Girls’ Summit on 11 October, which was organised by Plan International Egypt under the patronage of the Minister of Social Solidarity.

The officials who offered the takeover opportunities participated in the summit, in addition to

The Girls’ Summit ended the celebrations on a high note, as an empowering experience for girls, who led the panel.

” I was delighted to see the insight and bright capabilities that girls showed during the “takeovers” and panel discussions in the Girls’ Summit. We are also hopeful that the commitment from this large number of leaders and diplomatic missions in Egypt materialises into concrete actions that will improve opportunities and address the challenges that girls face” Siddiqui remarked.

Meanwhile, the Minister of Social Solidarity, Ghada Wali, said that girls can become leaders and well-educated citizens in their future, and the representation of women in the Egyptian Cabinet is a clear example of that.

She noted that the Ministry of Social Solidarity has been continuously working, in line with Egypt’s 2030 Vision, on ensuring that Egypt is free of harassment, early marriages, FGM, and other harmful practices towards girls.

“The recent regulations that have been passed in this regard are a clear indication of the state’s determination toward ending these practices, and our celebration of the IDG today is a strong step towards this, and we will continue working with our partners like Plan International Egypt, the UN and local NGOs to ensure that these regulations are enforced on the ground,” Wali asserted.

Speaking on behalf of participating foreign missions in Egypt, Canadian ambassador to Egypt, Jess Dutton, said, “Today, on the IDG, we are proud to host bright Egyptian girls who took over our jobs to help empower girls and highlight their capabilities. This takeover is an attempt to draw international attention to girls’ rights around the world and here in Egypt. We believe that all of us have a responsibility to work together to break down the barriers that girls face, and to help make their voices heard.”