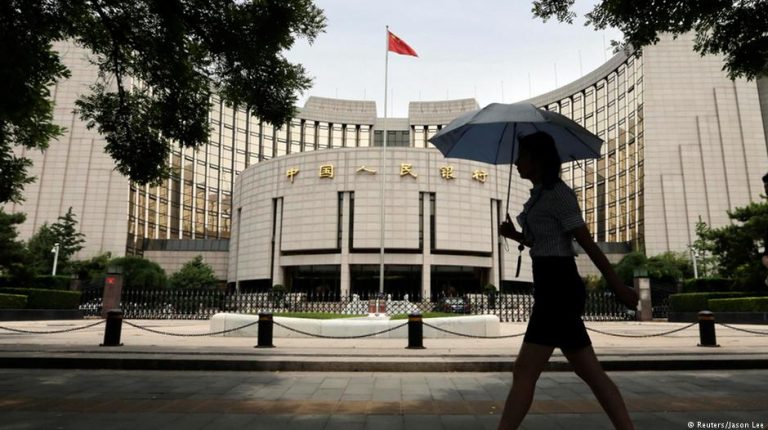 China’s top financial officials have moved to reassure investors amid a sharp fall in Chinese stocks. In rare joint statements, they described the recent rout as “abnormal” and vowed to take steps to curb the sell-off.China's top economic supremo on Friday led a coordinated drive by top financial officials to shore up confidence in the country's stock markets and economy. Vice Premier Liu He, who has overall control of economy policy, sought to ease worries about a bruising stock downturn and fresh economic data showing slowing economic growth.

China's stock markets are the world's worst-performing in 2018, with the benchmark Shanghai Composite Index down by about 30 percent from its January peak.

Liu told state-run media that "the psychological impact is greater than the actual impact" and that China's suddenly more-affordable shares were "creating good investment opportunities."

"Overall, current stock market valuations are at historically low levels, which is in contrast with China's stable and improving economic fundamentals," he said in a statement released by the People's Bank of China (PBoC) on Friday.

Chinese stocks are being pummeled by concerns over the economy, the escalating trade standoff with the United States and an official crackdown on excess debt leveraging in the financial system. The country's currency has also come under pressure, with the renminbi (RMB) weakening to approach RMB7 against the dollar — a level last seen a decade ago.

The comments by the three finance officials are the most concerted effort yet targeting investor concern over an equities decline that has seen $3 trillion (€2.62 trillion) wiped off stock valuations this year.

Under efforts to stem the hemorrhage, the PBoC on Friday said it was studying measures to ease companies' financing difficulties and would also use monetary policy tools to support banks' credit expansion.

However, Beijing has very few good choices to stop the short-term bleeding. Authorities could intervene to bail out investors as they did in 2015. But this would counteract efforts to reduce leverage in an economy already saddled with record levels of debt. Analysts, therefore, believe the interventions on Friday will do little to shore up investor confidence.

"Chinese policymakers are faced with a tough proposition: Keep pumping liquidity into the system for limited dividend and growing long-term imbalances or accept much slower growth and refocus on deleveraging," said Sue Trinh, head of Asia strategy at RBC.

And Liu Wu, an analyst at China Development Bank Securities said in a note to investors that "this kind of pep talk will have little short-term boost to the market."

But in immediate stock market reactions, Chinese stocks paired losses of more than 1 percent after the officials' comments to close more than 2 percent higher on Friday.