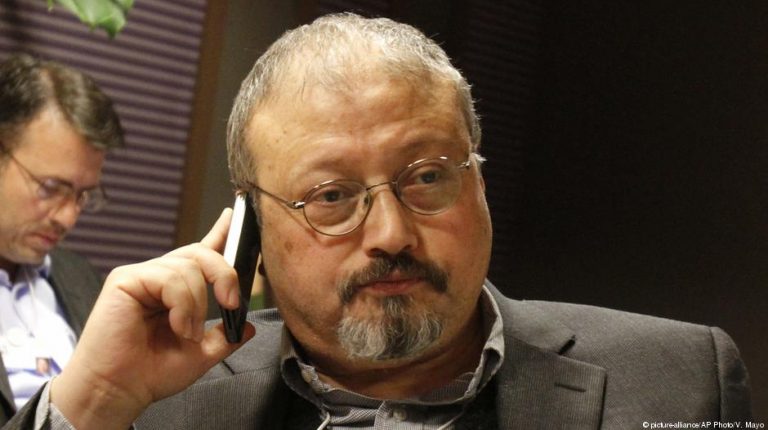 After about 18 days of denial, Saudi Arabia has admitted on Friday evening that the prominent Saudi journalist Jamal Khashoggi “died” in his country’s consulate in the Turkish city of Istanbul “in a fight”.

However, the Saudi official statement did not mention the whereabouts of Khashoggi’s body.

According to the statement of Saudi Arabia’s Public Prosecutor, “preliminary investigations carried out by the public prosecution into the disappearance case of the citizen Jamal bin Ahmad Khashoggi revealed that the discussions that took place between him, and the persons who met him during his attendance in the Kingdom’s consulate in Istanbul, led to a quarrel and a brawl with Khashoggi, resulting in his death.”

The Saudi prosecutor initiated an investigation into the case with the 18 Saudi individuals who met Khashoggi in the consulate, “to hold all those involved in this case accountable, and bring them to justice.”

Asiri was criticised internationally by human rights organisations for his role as a spokesperson for the Saudi-led coalition in Yemen, particularly after he declared in 2015, that the Houthi-held cities Saada and Marran were military targets, putting thousands of civilians at risk from the coalition’s raids.

Jamal Khashoggi, who was also a columnist at the Washington Post, disappeared after entering the Saudi consulate in Istanbul on 2 October to obtain documents needed for his upcoming marriage. Saudi officials including Crown Prince Mohammed bin Salman, had previously denied reports and claims that Khashoggi had been killed and dismembered inside the diplomatic facility.

Bin Salman told Blomberg that Jamal had left the consulate 20 minutes after entering it. The Saudi consulate announced that its cameras were off record during Khashoggi’s visit.

The Saudi explanation was lauded by the Egyptian Ministry of Affairs, which issued a statement praising the Saudi king for taking a “brave” and “decisive” action over the death of Khashoggi. The ministry also offered its condolences to Khashoggi’s family.

Meanwhile, Egypt’s President Abdel Fattah Al-Sisi held a phone call with King Salman on Friday evening to discuss the relations between the two countries, and ways of enhancing them in various fields. They also discussed the latest regional and international updates.

German Chancellor Angela Merkel said on Saturday, that she doesn’t accept the Saudi explanation regarding the death of Jamal Khashoggi.  “They still haven’t been cleared up and of course we demand that they be cleared up,” Merkel said during a regional convention of her Christian Democratic Union party.

US President Donald Trump found the Saudi statements and measures acceptable, but described what happened at the consulate as “unacceptable”. “It is early, we have not finished our review or investigation, but … I think it is a very important first step,” Trump said, adding “I would prefer, if there is going to be some form of sanction or what we may determine to do, if anything … that we don’t use as retribution cancelling $110bn worth of work, which means 600,000 jobs.”

However, despite Trump’s acceptance of the Saudi narrative, it was rejected by US prominent Republican Senator Lindsey Graham who wrote on his Twitter account “”To say that I am sceptical of the new Saudi narrative about Mr Khashoggi is an understatement,” adding that it was hard for him to find the latest Saudi explanation as credible. Democratic member of Congress, Eric Swalwell, asked where Khashoggi’s body was.

On Saturday, Turkish authorities vowed to reveal all the details concerning the murder of Khashoggi. Turkish officials previously said that they had audio and visual evidence concerning the death the Saudi journalist.