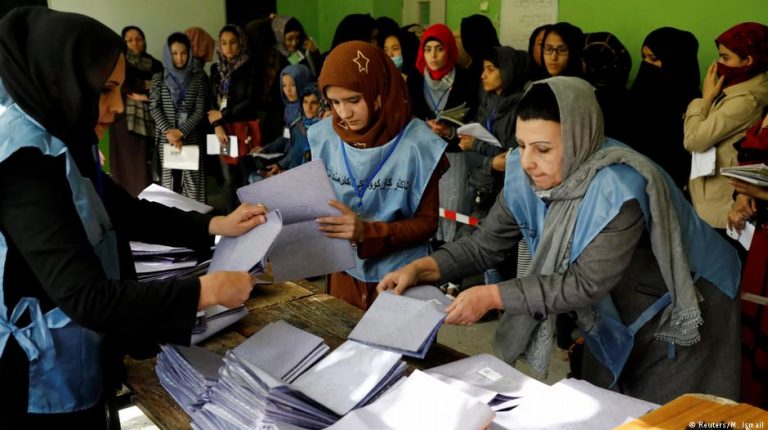 Hundreds of polling stations opened in Afghanistan Sunday for a second day of voting for constituents unable to cast their ballot on Saturday due to deadly violence and technical glitches.

A roadside bomb killed nearly a dozen civilians, including several children, in the eastern Nangarhar province several hours after polling stations opened Sunday. It was unclear if the blast was related to the vote, the first parliamentary election held in the country since 2010.

Independent Election Commission (IEC) officials gave varying turnout figures, ranging from 1.5 to 4 million people across 27 provinces, despite many polling stations failing to open on the first day of voting, due to staff not showing up to open the centers.

Voting on Saturday was marred by violence with over 120 incidents involving hand grenades or improvised explosive devices. Dozens of people were killed or wounded across the country. Saturday’s violence was not as bad as some officials had feared, following calls by the Taliban militant group to boycott the election.

The United Nations mission in Afghanistan said it was encouraged by the high numbers who voted on Saturday, despite long delays due to technical and organizational problems.

“Those eligible voters who were not able to cast their vote, due to technical issues, deserve the right to vote,” it said.

Polling on Sunday continues in 401 voting centers, including 45 in Kabul. Some 500 extra officials have been deployed. The results of the polling will not be released before mid-November and final results will not be out until December.

The parliamentary elections are seen as a test ahead of next year’s more important presidential election. But the vote has been marred by missing or incomplete voter registration lists, problems with biometric verification devices that are being used for the first time and poorly trained election staff.

Ayubzada said the decision to extend the vote opened the way for abuse, with half-filled ballot boxes left open all night in some polling centers.

“From a planning point of view, it’s very difficult,” he said. “It provides an opportunity for fraud.”

The attack came at the end of a high-level security meeting. US Forces and NATO Resolute Support Mission commander General Scott Miller, provincial governor Zalmay Wesa and provincial spy chief Abdul Mohmin were also attending. Mohmin and an Afghan journalist are believed to have died, as well as Raziq.

Miller survived the attack. Two Americans and the governor were among 13 people injured.

The Taliban immediately claimed responsibility for the attack and announced via social media that Miller and Raziq were the targets of the shooting. It came just days ahead of the Afghan elections. “The brutal police chief of Kandahar has been killed along with several other officials,” the statement read.