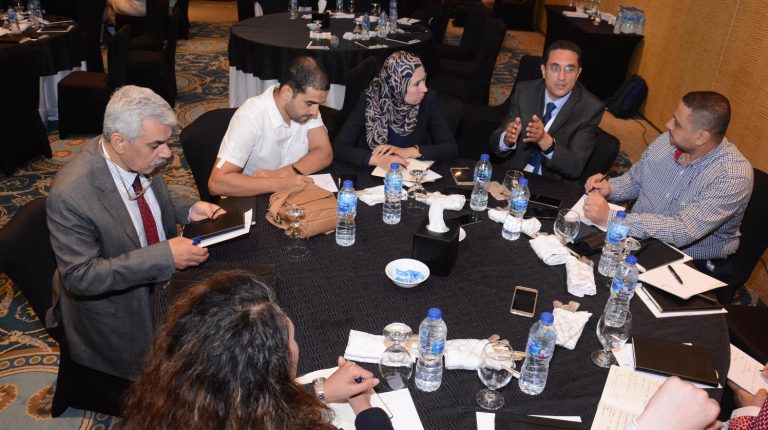 The CR2, global banking software company, is negotiating with two banks operating in the Egyptian market to provide e-payment services, according to the company’s regional director Sherif Soliman.

He added that the CR2 works with three banks in Egypt, including the Commercial International Bank (CIB), QNB-Alahli, and the First Abu Dhabi Bank.

According to Soliman, the company aims to expand in the Egyptian market over the upcoming period through supporting state e-payment projects, noting that the CR2 aims to increase its partners in Egypt to eight banks by the end of 2019.

The CR2 is one of the international companies specialised in providing mobile software for banking products, internet banking, and digital systems of ATMs.

Soliman noted that they should end the necessity of visiting banks through facilitating all services electronically, whether to transfer funds or pay bills, adding that it is not impossible or difficult, especially with the current fast lifestyle which relies on digital services.

He added that mobiles are the real future of technology, given that almost everyone uses mobiles, so it can be used for digital transformation as is the case in countries like China.

He pointed out that mobile technology has turned transactions in China into a digital system entirely, which is what Egypt needs and will allow it to move to a different technological level.

Soliman stressed that Egypt is not isolated from the world and that the state’s general trend helps digital transformation. Additionally, the CBE supports that process.

He said that the banks operating in the Egyptian market have already taken steady steps towards digitalisation, in addition to applying financial inclusion. He noted that the number of bank accounts increased from 12% to 33% in terms of individuals above the age of 16.

“Even though there is a great opportunity in the Egyptian market, there are still many challenges facing digital transformation, such as the traditional infrastructure of banks, as the transformation from traditional transactions is much more difficult than developing a whole new system. In contrary to what happened in Arab and African countries which transformed digitally through developing new digital systems,” Soliman said.

He expects a great development in the digital transaction in Egypt to take place over the next three years.

According to Soliman, the banks operating in the Egyptian market are divided into three categories in terms of the e-payment and digital transformation systems, as there are some banks that still observe the market without taking any steps. Some banks have actually taken steps and do have products and services that are actually used by clients. There are also banks that have a complete vision of digital transformation according to a clear time plan.

Soliman ruled out that the CBE’s regulatory measures represent an obstacle facing digital transformation, noting that the CBE aimed over the past period to achieve financial inclusion while monitoring funds through simple procedures, which is actually happening by targeting less use of cash and more use of the internet.