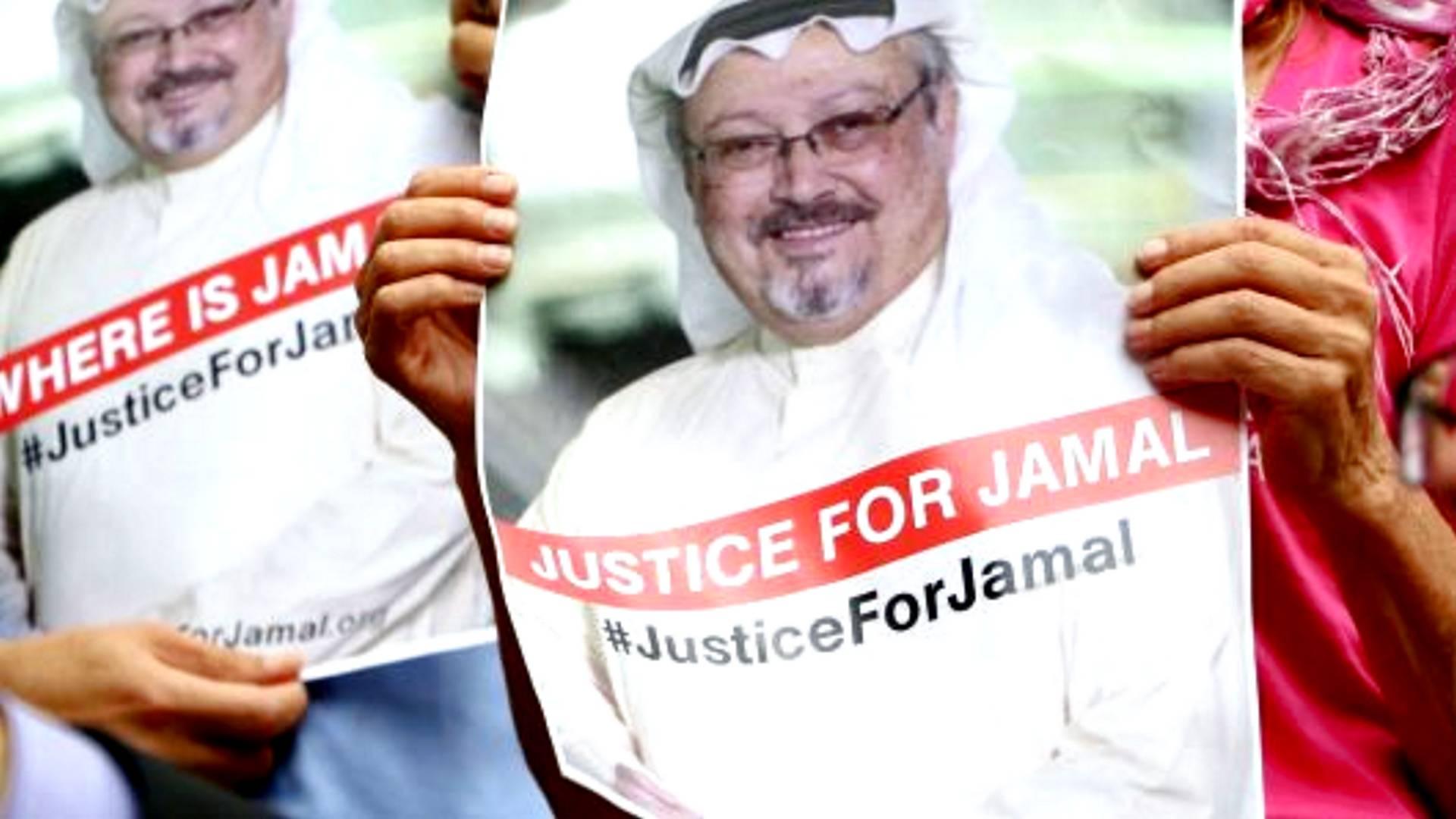 If there have been concerns about lack of media professionalism and ethics in recent times, where international polarisation and social media platforms became leaders of the news agenda, the case of missing Saudi journalist Jamal Khashoggi certainly provided concrete examples of just that.

Khashoggi, a columnist for The Washington Post who often criticised the Saudi government’s policies, disappeared after entering his country’s consulate in Istanbul, according to what his fiancée initially reported.

While it has been widely circulated that Khashoggi may have been killed, to date, the journalist’s remains missing as nobody was found. Yet, instead of presenting the case facts, the media is juggling between biased analyses and rushing to conclusions, before the conclusion of investigations and reporting unnamed officials, mostly Turkish.

Reports arose of a recording detailing Khashoggi’s gruesome death and dismemberment at the hands of a Saudi hit squad, adding that one alleged member of the squad advised others to listen to music to calm themselves while dismembering Khashoggi’s body.

Accusations were directed to the Saudi government, given its low record in human rights, and brutal oppression of dissidents. The Saudis also issued conflicting statements about the case, originally stating Khashoggi had left the consulate unharmed.

But on Saturday, Saudi Arabia admitted Khashoggi’s death inside the consulate. According to the Saudi Press Agency, the general prosecutor’s initial investigations revealed that Khashoggi physically quarrelled with members of the consulate, which resulted in his death.

The report added that 18 Saudis were arrested, and are undergoing investigations, and that perpetrators will be brought to justice.

The case naturally put Saudi Crown Prince Mohamed Bin Salman, who presented himself as a reformist, under the microscope, as he led the country’s growing influence in the region in the past couple of years. Opponents to the crown prince and the kingdom’s policies found an opportunity in the case to raise criticism. 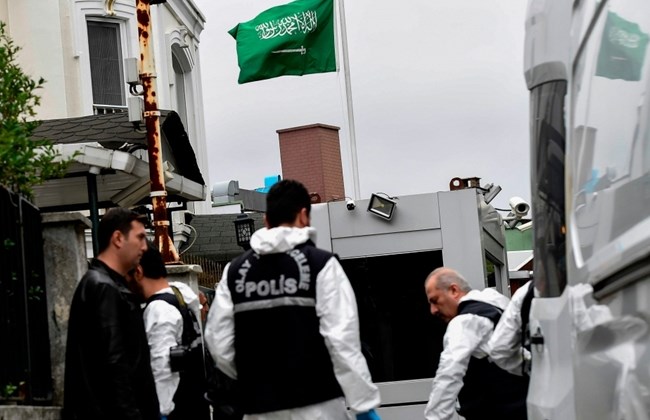 On 17 October, over two weeks into Khashoggi’s disappearance, Reuters tweeted that the Saudi consul in Istanbul was sacked and investigated. A Reuters story cited the Saudi Sabq news website was the source of this information.

As journalists quickly began to search for the Saudi report, Reuters pulled out the story and published: “Saudi consul in Istanbul relieved of the post, to be investigated-report is withdrawn. The report did not appear on Sabq newspaper’s website as reported. There will be no replacement story.”

While this was not the only fake news circulated over the case generally, it was one of the most relevant instances: the world’s leading news agency had fallen for a bogus online link.

Interestingly, Reuters had conducted a research in 2017 on fake news, where it stated that less than half the population, or 43%, trust the media throughout the 36 countries surveyed, and almost a third, or 29%, actively avoid the news, rising to 38% in the US.

A follow-up report examined what publishers could do about fake news and quoted experts as saying: “The simplest thing journalists can do as gatekeepers of reliable information is to trace a figure right back to its source before quoting it, every time.”

In the case of Khashoggi, even alleged official statements could turn out to be fake.

For example, a statement circulated over the weekend attributed to the Council of Senior Scholars, the kingdom’s highest religious body appointed by the king, condemned Mohamed bin Salman and called for his isolation over Khashoggi’s murder.

Several Arabic news websites reported and published a copy of the statement. Actually, the council’s official Twitter account had published a statement on 14 October by the government, voicing the kingdom’s rejection of threats of economic sanctions, describing murder accusations as baseless claims and rumours.

On a different occasion, US President Donald Trump denied on Friday media reports that Secretary of State Mike Pompeo, who had visited Saudi Arabia and Turkey last week, was ever “given or shown a transcript or video of the Saudi consulate event,” adding: “FAKE NEWS”.

This came as a response to an ABC News report which said that Pompeo heard an alleged recording of Khashoggi’s murder inside the consulate, citing a senior Turkish official speaking on condition of anonymity.

“The failure of media in the Khashoggi test” was the title of a piece published by the editor-in-chief of Egyptian private newspaper Al-Shourouk on 16 October.

Emad El-Din Hussein pointed out that until 15 October, news should have stuck to describing the incident as the disappearance of Khashoggi after entering the Saudi consulate in Istanbul. “Until now, Turkish authorities have not pointed fingers towards Saudi Arabia of kidnapping or a forceful disappearance of Khashoggi, despite increasing Turkish and American leaks in the direction of murder,” he wrote.

What Hussein emphasised is that media coverage should have clearly stated that none of the information published was 100% accurate, without having proof. To him, bias stemmed from a state of regional and international polarisation between many parties.

According to Hussein, media hostile to Saudi Arabia, mainly in Turkey and Qatar, aimed at incriminating the kingdom after the Khashoggi case came to them as “a gift from the sky.” On the other hand, pro-Saudi media also provided a one-sided version of the story, also without proof.

Finally, Hussein criticised the increasing use of unnamed sources, and concluded that the case should be taught to media students as one where all parties were extremely biased.

Most Western media relied on unnamed Turkish officials, official statements from the US administration, and Khashoggi’s Turkish fiancée who allegedly accompanied him to the consulate and reported his missing status.

Meanwhile, more than two weeks into Khashoggi’s disappearance, none of his family members, until Khashoggi’s son started tweeting a few days ago. While there may be concerns that family members could not have been able to speak for fear of reprisal or that they would support Saudi claims, there were no mentions of journalists’ attempts to contact them.

Pro-Saudi media focused on accusing other media of fabrication and bias. On 11 October, Saudi-owned Al-Arabiya published a report accused Qatari and Turkish media of shamelessly politicising a human case.

The report said their media faked a story which quickly collapsed; claiming that a Saudi squad was behind the murder while in fact, those were Saudi tourists. Al-Arabiya provided no proof to its version of the story.

On the opposite side, CNN slammed Saudi Arabia over the case, heavily relied on Turkey for news and also criticised Saudi media coverage of the case. In a report on Saturday, CNN said: “With every claim from Turkey detailing more lurid details in the alleged murder of Jamal Khashoggi, Saudi Arabia’s media bends further forward — risking a face plant in its efforts to kowtow to a different reality.”

In this analysis by Sam Kiley, all Saudi claims were rejected and Mohamed Bin Salman fiercely criticised, described as weak and portrayed as lying about the case.

On Friday, Al-Jazeera published a report criticising the “silence” of Arab leaders and their siding with Riyadh, in comparison to European countries which voiced their concern over the case. The report came before Saudi Arabia announced Khashoggi’s death.

“A handful of Arab governments including Egypt, Lebanon, Jordan, Bahrain and the United Arab Emirates (UAE) did issue statements, but those were in solidarity with Saudi Arabia, which has faced an international backlash over the disappearance of Khashoggi,” Al-Jazeera reported.

In fact, the Egyptian Foreign Affairs Ministry issued a statement on 14 October, where it said Egypt was following the case with “great concern”, calling for transparent investigations and refuting baseless claims.