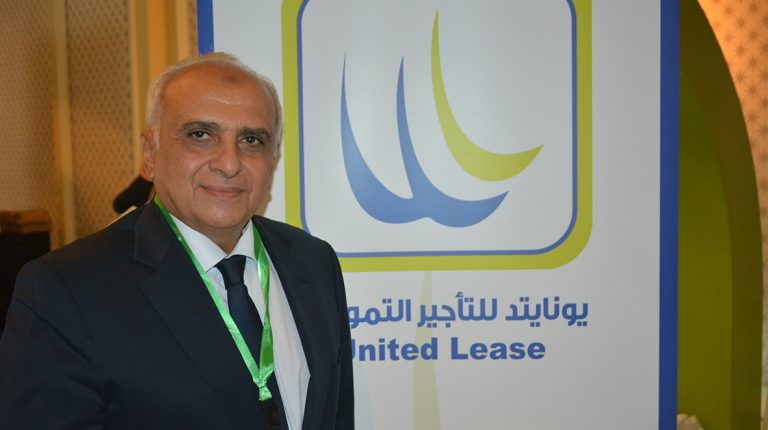 The United Lease company, the financing arm of the United Bank, aims to increase its activities to EGP 2bn by the end of this year, according to the company’s deputy chairperson and managing director Maher Abu Setit.

He told Daily News Egypt that the company’s turnover reached about EGP 1.5bn during the first nine months of this year.

United Lease commenced its services in the second half of 2017. The company’s equity amounts to EGP 80m. The United Bank owns 90% of its shares, and the other 10% is distributed over individual shareholders.

Abu Setit pointed out that the company deals with various large, medium and small companies, and serves all economic activities, including contracting, the most active sector currently.

According to Abu Setit, the company is preparing a work plan for the next three years, and it will be submitted for the company’s board of directors at the end of this year.

He added that the company works with six banks to obtain financing, including the United Bank, to re-pump it to different economic sectors, revealing that the company is currently negotiating with three new banks.

Abu Setit has participated in the activities of the Partnership for Development’s third annual leasing conference held on Tuesday.

During the conference, he affirmed that the Egyptian market has promising investment opportunities available to both local and foreign producers. This prompted the United Bank to introduce innovative non-banking financial mechanisms to meet the needs of investors, including financial leasing.

He added that financial leasing is one of the non-banking financing mechanisms specialised in the development of society economically, socially and culturally.

Abu Setit explained that financial leasing is based on financial intermediation, where the leasing company buys the assets and leases them to investors for a fixed price. The leaser can finally buy the assets at the end of the contract for a specific value.

He noted that the most prominent activities of financial leasing in the Egyptian market include real estate, transport, machinery, and production lines. Financial leasing also provides new financing mechanisms for medium, small and micro enterprises.

Despite the state and concerned agencies’ interest to increase the base of beneficiaries of financial leasing, it is still in the growing stage, due to the lack of awareness of its advantages among investors, and the wide reliance on typical bank loans, Abu Setit pointed out.