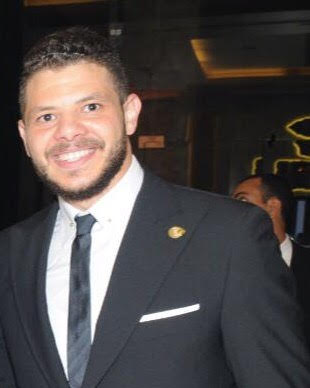 Castle Development intends to launch two new projects in the New Administrative Capital with investments worth EGP 2.3bn along with its Castle Landmark New Capital project, according to CEO Ahmed Mansour.

Mansour told Daily News Egypt that the first project is an administrative commercial enterprise on an area of 7,200 sqm, with investments of EGP 1.5bn.

The company has contracted with Hany Saad Innovations for the project’s designs, and is to be completed soon. Castle Development will officially launch the project early next month, Mansour declared.

He noted that the second project is a commercial centre located on an area of 5,500 sqm, which will be leased to tenants.

“The company is negotiating with a Saudi investor for commercial experience transfer from the Kingdom of Saudi Arabia into the project, but it is still in preliminary negotiations. The project’s investment costs reached EGP 800m,” said the company’s CEO.

Mansour revealed that Castle Development plans to launch the second phase of the Castle Landmark New Capital project in the New Administrative Capital, early next month, with targeted sales of about EGP 1.2bn.

He also pointed out that this phase includes about 380 units of various sizes. The CEO added that the marketing of the first phase is being completed.

“The total targeted sales for the residential part of the project is approximately EGP 4bn,” Mansour elaborated. “The company plans to fully market the project by the end of next year. The company has a specific marketing and financial plan, to ensure the continued availability of cashflows during the project implementation period.”

The project is located on 41.5 feddans in the Administrative Capital, which will be delivered by 2021. The project includes fully finished residential units with 1,800 housing units.

He said that Castle Development has a plan to market its project to Egyptian customers inside and outside the country as well as foreign customers. About 60% of the first phase was marketed to non-Egyptian customers, which reflects the project’s superiority, and the attractiveness of the Egyptian real estate market.

Mansour stressed the importance of the government’s decision recently issued to support the export of real estate, mainly the law to grant residence to expatriates for property purchase, in which its executive regulation is still in issue. Besides, Castle Development received several inquiries about the details of this decision, and its role in facilitating access to accommodation in return for the purchasing property.

The company has a marketing office in Saudi Arabia and is opening of a new office in Kuwait, scheduled to be inaugurated early next month, to attract Gulf customers who have previous knowledge of Egypt, and seek to own a unit with several advantages, mentioned Mansour.

He stressed that the Ministry of Housing’s offering for housing units in the Administrative Capital, Mansoura, and New Alamein is not a competition with real estate development companies which are establishing units for the same residential segment, because Egypt is a large market and can absorb all properties produced by all companies.

The new offerings by the government participate indirectly in controlling the prices, Furthermore, the government’s offerings intends to provide units commensurate with the purchasing power of the targeted segment, explained Castle Development’s CEO.

The company intends to participate in the first investment offering in the New Alamein city, which withdrawing the booklets of its conditions will start within days, coming within the Castle Development’s expansion plan of implementing a residential project to diversify its projects portfolio.