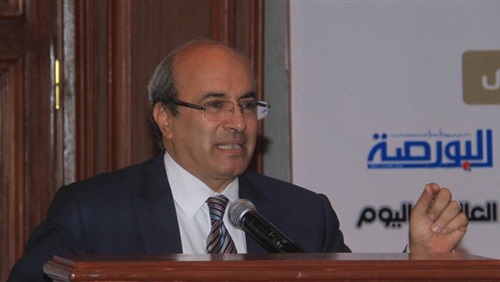 During the last three years, several experts in the insurance market discussed the idea of establishing an Egyptian reinsurance company.

Notably, the idea of establishing an Egyptian reinsurance company is not new, as there was a previous Egyptian company, which was merged with Misr Insurance.

Daily News Egypt (DNE) dug into this issue with many experts, to better understand the challenges and the obstacles that impede the establishment of this company, in addition to the importance of having such a company in Egypt.

Challenges impeding the establishment of a new Egyptian reinsurance company

For his Part, Adel Mounir, the secretary general of the ‎Federation of Afro Asian Insurers and Reinsurers (FAIR) explained to DNE that according to Egypt’s studies, the market found that the establishment of a new Egyptian reinsurance company requires a capital of $200m, and that the company must be present in more than one country to obtain a credit rating.

He elaborated that the matter was presented to the Egyptian market, which only paid about 20% of the value of the capital, noting that foreign partners refused to participate in this company’s capital.

The Insurance Holding Company was the one who wanted to manage the new reinsurance company, so foreign investors were not eager to enter into a partnership with the government, noted Mounir.

But, in his opinion, if the Insurance Federation of Egypt (IFE) takes the initiative to establish this company, and follow-up with the local insurance market which consists of 36 companies, this company could be established.

In that context, the chairperson of the IFE, Alaa El-Zoheiry told DNE that the IFE will continue to support the idea of establishing a reinsurance company for Egypt.

On the other hand, he agreed with Mounir regarding a few challenges, such as the capital, noting that this huge capital will need the entry of investors and banks to invest in the capital.

Reinsurance companies breakeven in around five or seven years, therefore no one will invest in them unless they understand and prefer reinsurance, as most banks and investors will prefer other types of investments which breakeven faster. He explained

He added further that the second challenge relates to Egypt ‘s credit rating, as it should not be less than A-, since there are some international insurance companies which have rules, which stipulate not dealing in reinsurance with low credit ratings. Hence there will be a limitation in the company’s work.

“Finally, the last challenge, is the lack of trained, qualified employees, who can fully understand pure reinsurance, and in that situation we have two options: the first, is to appoint employees from outside Egypt, which is costly, and the second is to train employees in Egypt on pure reinsurance, which will take a lot of time,” El-Zoheiry remarked.

On the other hand, chairperson of Mohandes Insurance Company (MIC), Reda Fathy had another perspective, stating that it’s better to separate the old Egyptian reinsurance company, which had been incorporated with Misr Insurance, stating that “this option is not difficult”.

He had another suggestion that the state can implement a new Egyptian reinsurance company, then offer some of it in the Egyptian Exchange (EGX), thus the companies that prefer to share in the capital of the company can buy shares. and enter it through the EGX.

Going back to the idea of establishing a new Egyptian reinsurance company, Fathy stated that as a company when it heard about this idea, MIC welcomed the idea, and stating a few suggestions, but noted that he does not yet know the outcome of those suggestions.

Egypt to gain economic power through having an Egyptian reinsurance company

Concerning the merger of the Egyptian Reinsurance Company, Mounir explained that the government only considered the economic return, and did not consider the social return, or the economic power of Egypt regarding the company, as its existence was breaking the global monopoly for reinsurance, and provides an Egyptian cover for insurance companies in the country.

He further added that it also helps in achieving balance when negotiating with reinsurers companies on prices.

“If we go back to 1956, during the “tripartite aggression” against Egypt, and the withdrawal of both England and France to cover the reinsurance on Egyptian ships, led to an economic blockade, and the ships were unable to navigate. Without the intervention of Russia at the time to cover the reinsurance, the ships would not have been allowed to navigate. Thus, this event led the Egyptian government to the conclusion concerning the importance of having an Egyptian reinsurance company,” he added.

Earlier, on 2 September,1957, a decree was issued in response to the aforementioned problem by the late President Gamal Abdel Nasser, to establish the Egyptian reinsurance company, being the first specialised reinsurance company in the Arab region and Africa, which started its operations in January 1958.

Five easy ways to apply for credit cards around world