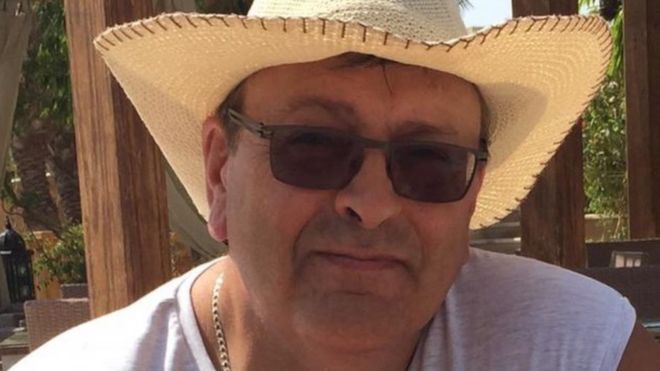 Egypt’s State Information Service (SIS) denied on Sunday reports of an alleged organ theft of a British tourist whose family said his body was returned home missing the heart and kidneys.

“All claims of organ theft are baseless,” said the SIS’s statement late on Sunday, asserting that “samples” were officially and lawfully taken to the state’s forensic medicine laboratories in Cairo and Assiut to determine the cause of death.

The SIS accused a few UK media outlets, including the Sun and the Daily Mail, of publishing “flawed reports” over an alleged organ theft.

The SIS elaborated in a statement that the British tourist, David Humphries, 62, was taken to the Red Sea hospital on 19 September, and that ‘he properly died of a heart attack.’

“Parts of [Humphries’s] liver, heart, stomach, bowel, bladder, and blood samples were taken to examination to figure out if there are traces of drugs, narcotics, toxic substances, or anti-depressants,” the statement read.

The SIS asserted that the “samples” were lawfully examined, adding that the required legal procedures were taken to ensure the samples will be handed over to his family or a plenipotentiary of the British embassy in Cairo.

It further suggested that his family accused no one of his death.

David Humphries collapsed in a swimming pool and died on 19 September during a family holiday with his wife and daughter at the Makadi Bay resort in Hurghada, according to the UK media.

A second post-mortem examination was carried out in the UK after his family discovered his heart and kidneys were missing, according to family lawyers.

Last August, a British couple died suddenly during a vacation with their daughter and three grandchildren in Hurghada.

Egypt’s Prosecution revealed at that time that the E coli bacteria was a factor in the deaths of the couple, John and Susan Cooper, aged 69 and 64 respectively.

The prosecution said the E coli caused the husband to suffer from “heart failure,” which led to his death, while his wife Susan was also likely to have been affected by the E coli bacteria and died of “gastroenteritis.”