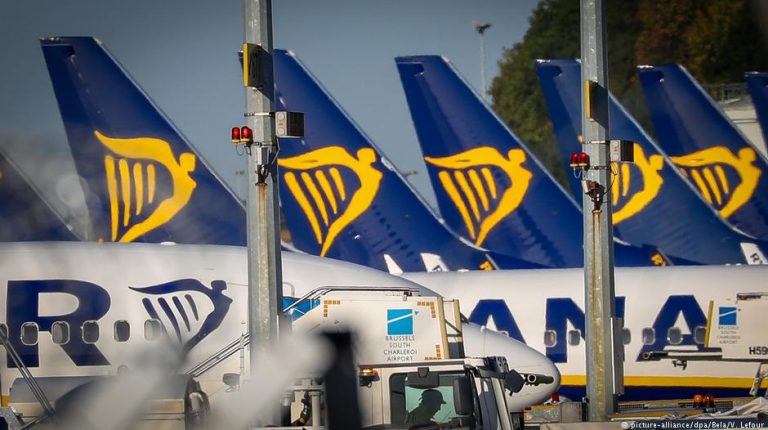 It also announced that average fares declined due to excess capacity in Europe.

"As recently guided, H1 average fares fell by 3 percent," Ryanair CEO Michael O'Leary said in a statement. "While ancillary revenues performed strongly, up 27 percent, these were offset by higher fuel and staff costs."

O'Leary conceded that the airline's traffic was repeatedly impacted by the worst summer of strike-related disruptions on record, but grew by 6 percent "at an unchanged 96 percent load factor."

In the first half of its fiscal year, the budget airline took delivery of 23 new B737s, bringing its fleet to 450. It launched over 100 new routes while trimming winter capacity, including resulting base closures in Eindhoven and Bremen.

In August, the carrier increased its holding in Laudamotion to 75 percent. Laudamotion has reached agreement to return nine expensive lease aircraft to Lufthansa this winter and will replace those with "lower-cost, longer-term operating lease aircraft."

Ryanair emphasized that repeated strikes and staff shortages meant that 2018 would be the worst year on record for European disruptions. "These have caused widespread damage to airline punctuality and schedules, with Ryanair's H1 on-time [performance] falling to 75 percent from 86 percent in the previous year.