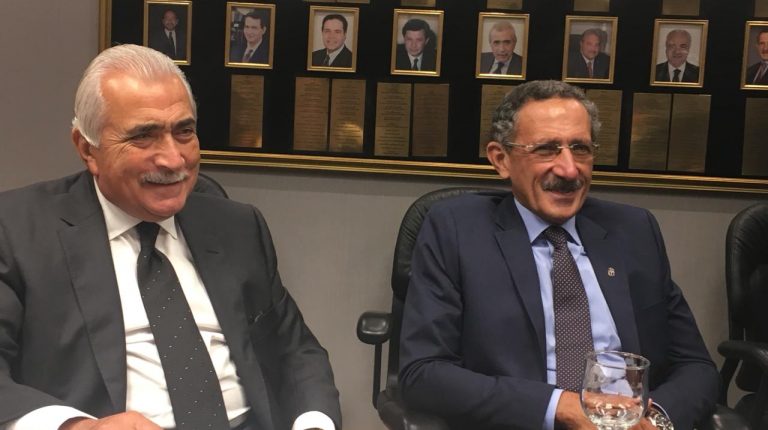 The US Mission, which has 44 companies, will meet today with President Abdel Fattah Al Sisi. The mission will then resume its meeting with several ministers of the Economic Group, as well as a number of parliament members during their two-day visit to Egypt.

The mission includes companies from a variety of fields, such as energy and electricity, and there is a special presence, according to Tarek Tawfik, head of the American Chamber of Commerce in Cairo, by pharmaceutical companies, who expected in the coming period to expand their investments in the Egyptian market.

Tawfik attributed the American pharmaceutical companies’ intention to inject further investments soon, to reach a solution to numerous problems which previously impeded investments, such as the registration of new medicines, prices, and the registration period. This took place during the first companies’ meeting with the Minister of Health two years ago.

In this context, Tawfik explained that the three US companies have reached an agreement: Abbott Laboratories to test the hepatitis C virus, Pfizer to conduct field surveys, and Goliath for treatment protocols.

“There is no doubt that the economic reform process has given new credibility, compared to what is happening in other emerging markets of trade wars. Turkey and Argentina have obvious problems, and we can say that Egypt’s economy is the only one not affected, and this gives credibility to the American investor to further inject funds into Egypt,” said Head of the Egyptian American Council Omar Mhanna.

Despite Egypt’s exposure to countless pressures, including the withdrawal of $8m worth of capital and the hike in oil prices, along with increasing foreign debts, international institutions forecast that Egypt can withstand the pressure both on the short and long-term, and they expressed no concerns.

The people’s conviction, Tawfik added, is that this programme is for the benefit of the economy.

Tawfik pointed out the importance of continuous communication between the two countries, the most important means to consolidate relations. “Politics is inseparable from trade. The arrival of this mission at this time confirms the US vision of political and economic stability in Egypt,” he stressed.

Mehanna highlighted two chronic problems, including bureaucracy and the population explosion, which the Egyptian government is working to resolve during the current period. “During a previous meeting, Al-Sisi promised to solve the labour problem and removing subsidies,” he said, adding “and he kept his promise.”