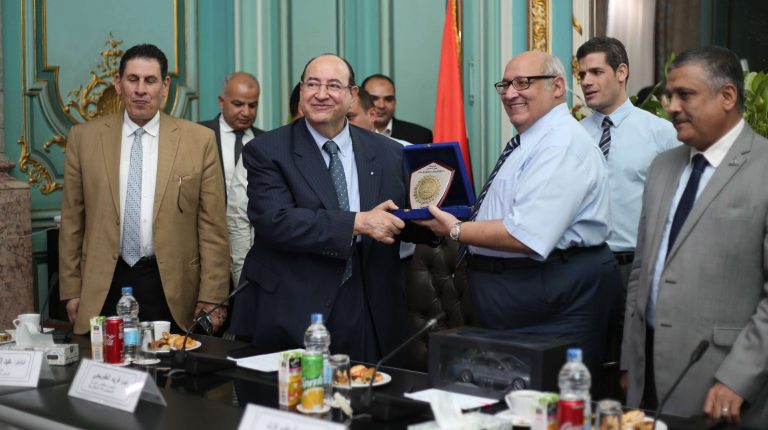 The Bavarian Auto Group (BAG), the exclusive dealer for BMW and MINI in Egypt, signed a cooperation protocol with Ain Shams University to serve students with special abilities. The ceremony was attended by Farid El Tobgy, BAG’s chairperson, and President of Ain Sham University, Abdel Wahab Ezzat, along with officials from both parties.

The protocol includes financial support for the university, and includes training students with special needs in the group’s factories and facilities, as well as supporting them in postgraduate studies.

During the signing of the protocol, university officials discussed several axes which can be worked on, in partnership with the group in the future, including cooperation in research and development in the automotive industry, the new campus in the New Administrative Capital, in addition to the manufacturing short-range electric cars. The university will also utilise the help of the students that took part in The 2018 Electric Vehicle Rally (EVER) Egypt which concluded a few days ago. In addition, they discussed cooperation in the fields of feeding industries, and the small projects that serve the automotive industry in Egypt.

The university also presented an autonomous car project, which was developed by postgraduate students in the university’s faculty of engineering, and is set to be completed by December. The university will then present it to BAG officials for assessment, and discuss further cooperation opportunities.

El Tobgy stressed that BAG will open its doors to Egyptian students to train and help them qualify for the labour market. He noted that labour is the most effective factor to revive Egypt’s industry.

Siemens and GE sign deals to provide electricity to Iraq