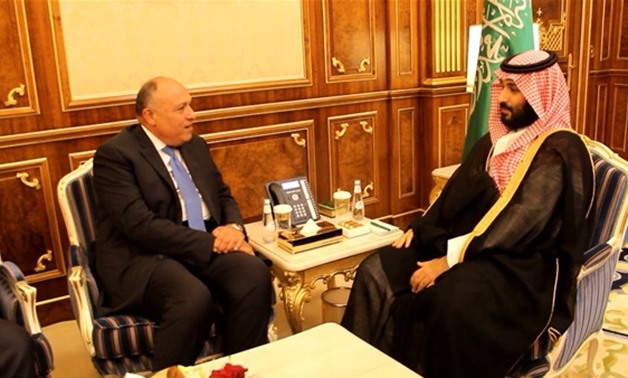 The message addresses the bilateral relations between the two countries and ways to enhance consultation and coordination on regional issues of common concern.

The visit came while Saudi Arabia is facing global pressure due to the murder of journalist Jamal Khashoggi inside the Saudi consulate in Turkey. The foreign ministry’s statement did not mention that the incident would take part during the meeting between Shoukry and Salman.

On Friday, Al-Sisi phoned King Salman and discussed ways of enhancing bilateral cooperation in various fields in line with their historical and strategic relations and bringing them together from a distinct extended strategy. They also discussed and exchanged views on the latest developments on a number of regional issues of mutual interest.

The economic and trade relations between the two countries witnessed continuous interaction and growth, which has been doubled several times since the 1980s. Saudi investments ranked first among the Arab countries investing in Egypt and the second in global investments.

Relations between Egypt and Saudi Arabia are currently characterised by their strong ties as they both enjoy a distinguished position on the Arab and international scene.