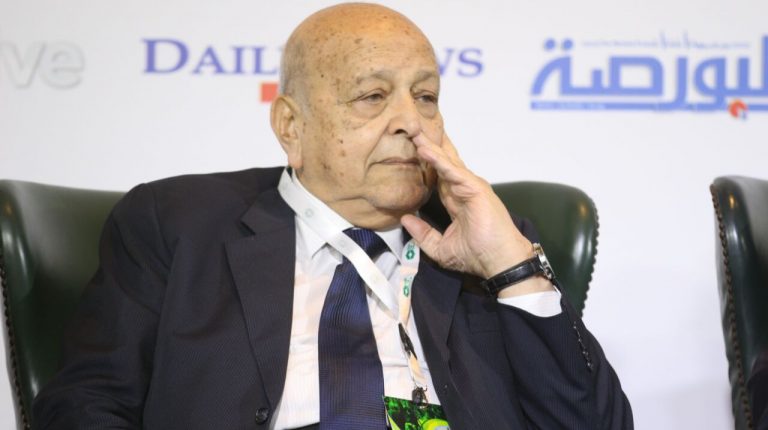 Hussein Sabbour chairperson of Al Ahly for Real Estate Development said that partnership between the state and developers carries many investment advantages for both sides, if implemented on conditions that included in its terms which protect the rights of both sides.

Sabbour’s statement came during ‘The Real Estate Tourism Development round-table’ held on Tuesday, where he added that, this partnership has to be applied between the state and the developer, who has extensive experience in the market, and former distinguished businesses as well as strong financial stability.

Sabbour demanded proper planning for new coastal areas, and to avoid establishing projects such as the ones which were below the acceptable quality in the North Coast.

As for Hisham Shoukri, chairperson and CEO of Rooya Group, he said that tourism and real estate investments are two sides of the same coin, as both depend on attracting foreign customers.

Partnership with the state in the development of lands was due to the high price of lands, which may hinder the project implementation, explained Shoukri. So, the idea of the partnership came to direct the needed funds for land purchase into project development alone, which may provide cash flow for project construction and developmen .

He stressed the importance of the idea, reflected in the size of the strong demand on the first and second offering of the partnership put forward by the New Urban Communities Authority (NUCA).

“The main challenge facing partnership projects is the exaggeration in the evaluation of the value of lands, which makes the proportion of the state’s return higher,” Shoukri noted.

Mona El-Helw CCO at Palm Hills Developments, said that partnering with the state was a quick and efficient solution to resolve the crisis of available land scarcity for investment in the real estate market.

She praised the role of the NUCA in the partnership implementation in its first stages, pointing out that her company was one of the first companies that acquired lands through the partnership system.

El-Helw said that there are some areas that are attractive for investments, such as Aswan city, stressing that property export is not for separate units, but integrated real estate projects.

Amr El-Kady CEO of City Edge Developments, said that the partnership is one of the most prominent mechanisms to implement the state’s ambitious development plan, however, he emphasised the need to focus on the industrial developer, because developing new integrated cities demands including industrial activities inside these new cities.

Ahmed Shalaby managing director and board member of Tatweer Misr, said that the partnership between the state and developers in implementing tourism projects requires greater support by the state for investors, due to the high development volume, in addition to the need to approach the idea of ​​comprehensive tourism development, to ensure these projects’ ability to work throughout the year, supported by the increase of medical tourism, and the expansion of conferences’ tourism.

There is a need for expansion in the construction of 3 and 4-star hotels, as leisure travel is the highest international tourist attraction, Shalaby added.

Waleed Mokhtar, CEO of Iwan Developments, said that the management of lands in the real estate market requires careful handling to avoid the over-supply of lands, which can cause a decrease in its value.

Mokhtar also praised the first and second offerings of partnership projects, which represent a good opportunity for the developer to invest less with larger development.

He called on the government to launch a partnership system in other areas in greater Cairo besides new cities.

“The real estate market is no longer facing a land scarcity crisis due to the recent announcement of the inauguration of 20 new cities, and offering their land for developers whether through a buying system or the partnership system, which deals with one of the most prominent crises that the market was facing earlier,” said Abdel Nasser Taha, president of FIABCI Egypt.

Taha agreed with El-Kady in initiating industrial and services’ activities in New cities to guarantee the integrity of these areas, and their abilities in attracting more citizens.

Khaled Abbas, deputy minister of Housing for National Projects, said that the implementation of partnership projects between the state and developers is one of the mechanisms that the government is offering to accelerate the development rates, and ensure the continuous presence of the state in real estate projects.

Abbas pointed out that about eight of the 13 contracts in the second phase of the partnership projects have been completed. However, he explained that most developers seek to be present in the investment-attracting areas, without going to new areas that the state is seeking to develop in other regions such as Upper Egypt.

He added that the annual population growth rate of 2.5 million citizens annually, adding that different segments of the community need housing, educational, and medical projects.