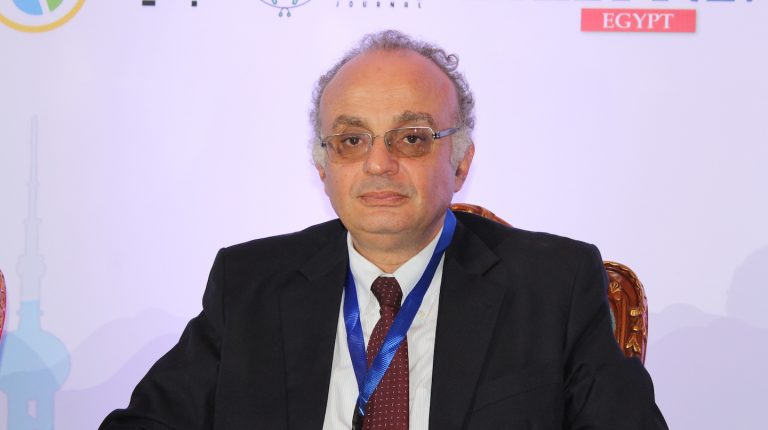 Daily News Egypt interviewed Sherif Samy, chairmanship of the Egyptian Financial Supervisory Authority, to find out more about the Sukuk financial tool, the transcript for which is below, lightly edited for clarity:

During the period of your chairmanship of the Egyptian Financial Supervisory Authority (EFSA), you worked hard to enable companies and the government to access various forms of finance. In March, you issued an amendment to the Capital Market Law, including financing instruments that were not familiar to the market, including Sukuk, short-term bonds, unclassified bonds, financial derivatives, stock and commodity exchanges, etc.

Before digging into financial issues, we want to know what you are doing now after the EFSA. What is your line of work now, given that the period stipulated by law for your employment to prevent conflict of interest has passed?

I am working in multiple places in both the public and private sectors, and rarely return to my home before 8 pm. I am currently a non-executive chairperson of a consultancy company that works in maximising the value of real estate and asset investment. I perform several advisory tasks financed by international institutions, and I am a member of the Board of Directors of the National Investment Bank, and a number of companies, including Orange Telecom, GB Auto, Egypt’s largest education companies, a company of direct investment operating in Africa, and another company in the field of entrepreneurship. This is in addition to my membership in the international consultancy council of the Securities and Commodities Authority in the UAE, the investment committee of Egypt’s social insurance funds, and the Faculty of Commerce’s council in the University of Alexandria. I also devote a part of my time to supporting young entrepreneurs and owners of small projects through the Egyptian Centre for Economic Studies and the Alexandria Businessmen’s Association.

How can the new financial instruments affect the yield curve? Are they affected by interest rates, or can their presence push interest rates downwards?

The rise in interest rates does not help companies and financial institutions that aim to expand in borrowing, or recourse to the bond market or non-banking financial instruments.

The yield curve is certainly influenced by the expectations of monetary policy and the return on public treasury issuances because of their overwhelming relative weight in comparison to any bonds, securitisation bonds, or even Sukuk issued by companies and bodies.

I believe that the sovereign bond system issued by the public treasury lacks the quality of variable-yielding bonds linked to inflation rates. That is, they do not distribute a fixed return as they used to, but instead the yield that is paid periodically to the bond-holders changes according to a formula linked to inflation rates. These bonds in the UK are called index linked bonds, where the coupon is traded according to the UK retail price index (RPI) up and down. In the US, they are called Treasury Inflation Protected Securities (TIPS). The main advantage here is that they help governments obtain financing at reasonable maturities therefore avoiding the risk of paying a high return, even when inflation rates fall, hence interest rates also. Conversely, they protect the investor when buying bonds for five or seven years, for example, when inflation and interest rates are relatively low followed by a hike one or two year later, thus incurring losses. The price of bonds fall so that the coupon is linked to the bond price in the market and achieves the new rates of return that have occurred.

I also believe in the necessity of completing the work on activating the bonds market issued by companies, and encouraging public bodies, such as the New Urban Communities Authority (NUCA), ports, Egyptian National Railways, and others to issue bonds and securitisation in order to diversify debt instruments and not rely entirely on banks, as is the current case/ The National Investment Bank may have a role to play in this regard, because it is considered an important financing institution for those entities in respect to Chapter 6 of the general budget (investments).

This is linked to facilitating liquidity on the stock exchange. I worked on this issue closely with Mohamed Omran when he was the chairperson of the Egyptian Exchange (EGX), therefore I do not doubt his interest in it. I know that the Central Bank of Egypt (CBE) has a work team to consider this file in cooperation with some international experts.

I do not want to miss mentioning the importance of studying the development of index funds for bonds, which depends on the creation of an index of the proceeds of the issuance of bonds at different terms.

Sukuk were the most controversial financing instruments in recent years, how do you see them as a financial instrument which can create a new kind of financing system in Egypt?

With regard to the Sukuk that can be issued by companies, financial institutions, and government bodies, long-awaited amendments to the Capital Market Law were made early this year, which included an integrated regulation for issuance and floating of Sukuk. We expect now the issuance of the necessary amendments to the executive regulations of the Capital Market Law. I do not know how much progress has been made in this regard. Since the amendment of the Constitution in January 2014, the competent minister shall submit the draft amendments to the State Council for review. To the best of my knowledge, since the last cabinet reshuffle in this summer, the prime minister has not delegated any minister in his prerogative, as was the case in previous governments, and thus he is the minister responsible for all the laws that the EFSA supervises in their implementation.

As for the sovereign instruments, i.e. issued by the public treasury, which the minister of finance stated that there is a tendency to issue some of them in the first quarter (Q1) of 2019, they require a new legislation to regulate them. Thus, unless a law is passed regulating the Sukuk, it cannot be issued in Egypt. We all know the legislation process in Egypt, including drafting, community discussion, then presentation to the legislative committee in the ministry of justice. The bill is then referred to the cabinet for approval, then the state council and the parliament, where it will be discussed in the economic committee, and then approved in a general session by the parliament. Finally, the president has to review it, and publish it in the Official Gazette.

However, the government may see, in light of its priorities and needs, that international sovereign instruments can be issued similar to the international instruments we have issued several times (eurobonds). In this case, there is no need for an Egyptian law to regulate them, since they will be subject to the rules in force of the market from which they will be issued, such as Luxembourg, Dubai, etc.

The resort to financial markets, whether in the form of bonds, Sukuk, or stocks, is certainly influenced by the economic and political conditions in the concerned country. Economic activity, expansion of projects and growth rates affect dependence on the value of funding required, regardless of the tool. We know that emerging markets have been volatile this year, and we have seen money coming out of some markets for a number of reasons, including the return on dollar which rose more than once during the year. Sukuk are mainly issued in emerging markets, and the Arab Gulf region is part of these markets.

Given the volume of economic activities in the GCC countries in 2017, we find initial Sukuk offerings worth $22.8bn, and bonds of $81.4bn. About 63% of total Sukuk and bond offerings were by government agencies, 21% by financial institutions, and the rest distributed among companies working in the fields of energy, real estate development, industry, and public utilities.

Sukuk accounts for 24% of the total outstanding bond balances and instruments worth $425bn issued by the GCC until the end of 2017.

Will the crises experienced by emerging markets be an obstacle to the nascent attempts of Egyptian companies to issue Sukuk?

I do not think so because the market is hungry for Egyptian Sukuk provided they are viable projects with reasonable returns and acceptable risks. We will not issue Sukuk of high values in the beginning, and the desire of Egyptian banks and nine Takaful insurance companies – that operate in accordance with the provisions of Islamic law in Egypt – to be involved are all factors that enhance the chances of successful offerings. However, it is necessary to increase awareness for all parties in the market about the issue because it is an innovative tool that we are not yet accustomed to.

What are the short-term bonds and their advantages for companies, and the difference between them and the lines of credit (overdraft)?

In 2016, the EFSA, in cooperation with the European Bank for Reconstruction and Development (EBRD), embarked on a study on commercial papers and developed their executive frameworks with the aim of updating the system of available securities and financial instruments.

The reason behind this move was that the Egyptian capital market is currently regulating bonds and securitisation bonds, with maturities of 13 months or more. Hence, there was a need to study short-term financing instruments available to companies along with bank financing. There was also a need to find bonds or other financing tools for periods of less than one year to serve the financing requirements for factoring companies and microfinance, in addition to seasonal needs characterised by a short capital cycles compared to other establishments, especially industrial.

To the best of my knowledge, the study ended in the following year.

The amendments to the Capital Market Law issued in February included a reference to it, and I think the board of directors of the EFSA is currently working on organising it.

At the end of the interview, Samy wondered: Why do we not benefit from investment banks that were assigned within the general propositions programme, which are certainly studying the conditions of the companies they are assigned to? They can extend their scope to review the possibility of offering bonds or other instruments. For example, Heliopolis Company for Housing and Development and Alexandria Mineral Oils Company (AMOC) are among the cases that should receive attention in this regard.

We need urgent legislation for sovereign instruments, government can resort to international markets if it wants to speed up issuance