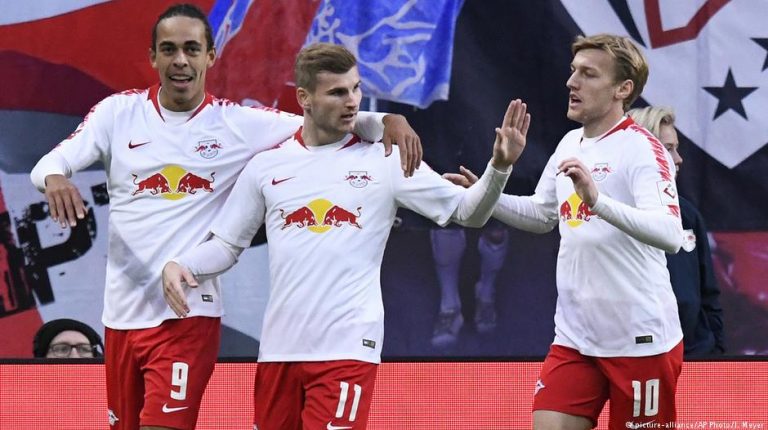 Celtic have never won in Germany but RB Leipzig are not taking any chances in a game they must win to improve their record in the tournament. Leverkusen and Frankfurt are looking to maintain their 100 percent records.The Europa League group stage is back on Thursday, with a chance for Eintracht Frankfurt and Bayer Leverkusen to take control of their respective groups, but a crucial test awaits for RB Leipzig.

Ralf Rangnick's Leipzig have enjoyed an excellent run in their last six competitive games, undefeated in the Bundesliga since Matchday 1. But their Europa League campaign so far has been lukewarm, with a surprise home defeat in their first game against Red Bull Salzburg, their only loss at home so far.

On Thursday, Leipzig face the Scottish champions Celtic. Leipzig's superior goal difference has raised the pressure on Celtic to deliver against a German team who are expected to win — and Celtic know it.

Speaking to fan publication Celtic View, midfielder Callum McGregor outlined the challenge. "We know again that it'll be a tough ask. We have a difficult group and a tough start as well, and we know Leipzig are a good side," he said.

Celtic haven't won in Germany in 11 attempts and have also failed to win any of their 13 Europa League away games.

"We've played a few German sides now and its clear German football is very tactical in terms of how the teams are set up. They seem to play a certain way, which is very structured, and they have guys up the top of the pitch who can do something a bit different," McGregor added.

Despite their advantage, Leipzig are not taking any chances. Ahead of the match, defender Marcel Halstenberg said winning was paramount. "We definitely want three points. We have to hold our back line and we can always score," he said.

Emil Forsberg will be missing with a groin injury, while center back Atinc Nukan is also out. But they count on Timo Werner, who has four goals and two assists in the last five Europa League matches for the Roten Bullen.

The other two German sides in the Europa league, Frankfurt and Leverkusen will be more comfortable going into Thursday. Both teams are leading their respective groups with six points each.

Frankfurt face the last place team in their group, Cypriot Apollon Limassol, at home. After two victories against European heavyweights Olympique Marseille and Lazio Rom, the flying eagles should be confident to obtain a win to increase their chances of advancing to the next stage. Ante Rebic is likely to be available to fuel the offense on Thursday.

Leverkusen head to Switzerland to face FC Zurich. Both teams have six points apiece, but goal differential has Bayer on top.

The Werkself need this victory to boost their confidence. Their Bundesliga run this season continues to be lacklustre, as they are still stuck in the bottom half of the table. Pressure will be on for coach Heiko Herrlich to deliver, with his job on the line. But Leverkussen managing director Rudy Völler played down the expectation. "He still has our trust," Völler said.