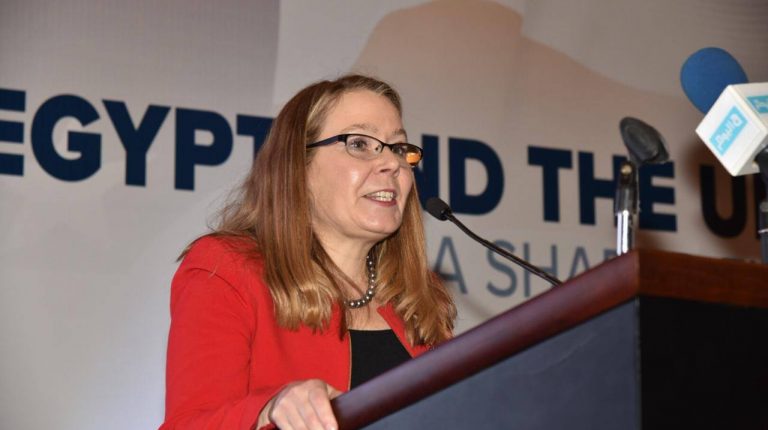 Sarah E. Kemp, acting deputy undersecretary of Commerce for International Trade at the US Department of Commerce, said that the US appreciates Egypt’s central role both at the regional and global levels, noting that the recent economic reforms implemented by the Egyptian government have helped draw the attention of the American business community to work in the Egyptian market in various investment and industrial fields.

During a conference organised by the American Chamber of Commerce in Cairo (AmCham), Kemp pointed to the possibility of expanding the framework of economic cooperation between the two countries in the fields of enhancing the efficiency of the customs system, inspection, specifications and quality, health care and food safety, all while praising the important role played by Egypt in the WTO to protect and strengthen the Multilateral Trading System.

Furthermore, she pointed out that during the coming period, a mechanism will be launched to follow up the position of US companies exporting to the Egyptian market, highlighting that the visit of the American businessmen delegation to Cairo reflects the interest of the American business community to invest in the Egyptian market, especially in the sectors of pharmaceuticals, energy, electricity, food industries and financial services.

Kemp also stressed that the volume of merchandise trade between Egypt and the US during the first nine months of this year reached about $5.059bn, against $3.797bn in the same period last year, marking a 33% growth, adding further that Egyptian exports to the US also grew, reaching $1.185bn in the first nine months, against $961m in the same period last year, while Imports additionally increased from $2.836bn to $3.874bn.

Topics: Sarah E. Kemp the US Department of Commerce