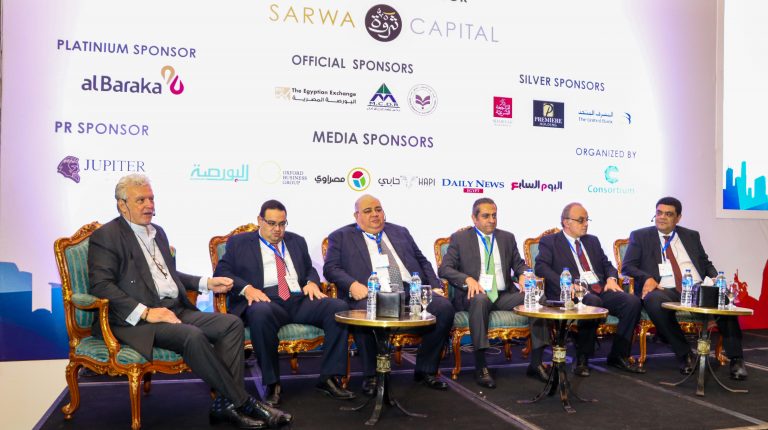 “Sukuk, new financing tools, who will take the lead?’ conference was launched on Tuesday and is organised by Consortium Consulting.  The conference tackled the role of sukuk in diversifying investments, and providing funding for projects, with the participation of several financial regional institutions, and leading international investment banks in the field of issuing and launching sukuk, to discuss the opportunities of utilising and activating of sukuk in the Egyptian market.

The conference was inaugurated by Assistant Minister of Finance For Treasury, debt management and Capital Market, Khaled Abdelrahman, and the opening panel was moderated by the Karim Helal, managing director for Corporate Finance Carbon Holdings, and was attended by Khaled Abbas, Deputy Minister of Housing for National Projects, Ayman El Sawy, Sarwa Capital promoting and Underwriting’s Managing Director, as well as Sherif Samy former head of Egyptian Financial Supervisory Authority.

During the panel discussions, Abbas explained that the real estate sector is one of the most important sectors affecting Egypt’s national income, adding that “the real estate sector has expanded significantly over the last four years, and expansion is expected over the next three years to reach between EGP 300bn and EGP 400bn.
Sukuk will be one of the alternatives of the Ministry of Housing to finance infrastructure projects during the coming period.”

On the other hand, Samy said that he is looking forward to the success of the first Sukuk issuance, explaining that this issuance will determine the success or failure of the experience.

Meanwhile, El Sawy said that Sukuk’s compliance with Islamic law may be a catalyst for it to be seen as a reliable financing tool, especially in areas that cannot be financed through bond issuance.