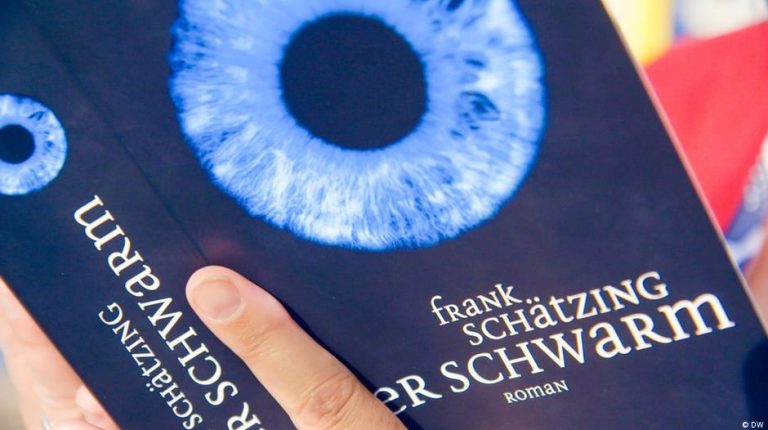 Frank Schätzing’s bestselling novel ‘The Swarm’ will be hitting the screens. Check it out in DW’s 100 Must-Reads web special!Germany's ZDF Television has announced plans for a filming in English of the 2004 novel by the popular Cologne-based author.

As the 61-year-old author told Germany's RND editorial network, the international cast will presumably include German, Norwegian, Swedish, Italian and British actors. With an eye on an international market, public television station ZDF plans to pick up on the success of the hit TV crime novel series "Babylon Berlin" produced by competitor ARD. "It's the ZDF's answer to 'Babylon Berlin'," Schätzing said.

With filming to begin next year, Schätzing will have a hand in writing the scripts. Frank Doelger, executive producer of seasons two to five of the HBO fantasy series "Game of Thrones," has signed on as producer.

The Swarm, a suspense-packed tome of 1,000 pages, quickly topped the bestseller lists, was translated into 27 languages and did very well internationally.

The Swarm is a spellbinding novel full of twists and turns about the ocean's revenge on mankind, a global threat complete with poisonous crabs, whales that attack and sink ships and other menaces and natural disasters.

Of course, the sci-fi thriller made it to DW's list of 100 Must-Reads originally written in German.