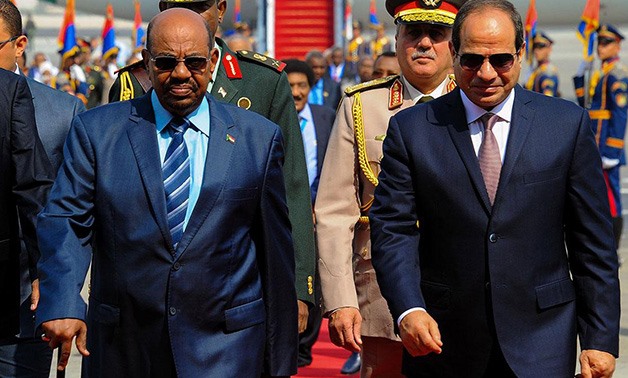 A presidential summit between the two leaders will also be held.

Earlier on Wednesday, Egyptian Foreign Minister Sameh Shoukry arrived in Khartoum among a delegation of Egyptian ministers and top security and intelligence officials who will take part in the preparatory ministerial meeting of the ESHC.

The ESHC aims to enhance bilateral cooperation in distinct fields, according to Egypt’s Foreign Ministry’s statement. It added that the Egyptian-Sudanese relations have witnessed positive developments on the economic, political and cultural levels.

The two sides agreed on reactivating interconnected railways between Egypt and Sudan, conducting training programmes in the field of railways, encouraging agricultural investments as well as medical tourism, in addition to establishing a Sudanese industrial zone, the statement noted.

Earlier in August, the Egyptian-Sudanese ministerial committee was held in Cairo and was headed by both countries’ foreign ministers. Both addressed a number of agreements of joint cooperation, which are expected to be signed during the current October visit.

The Egyptian and Sudanese foreign ministers also asserted at that time, that consultations regarding the Grand Ethiopian Renaissance Dam (GERD) are ongoing, based on the Declaration of Principles agreement signed between Egypt, Sudan, and Ethiopia in 2015 and international laws.

Ties between Egypt and Sudan were strained over Sudan’s support towards the construction of the GERD, as Egypt fears that building the dam on the Nile River will restrict its water share.

Several meetings have been held since Ethiopia started building the dam in an attempt to resolve the issue, but they have so far produced scant results.