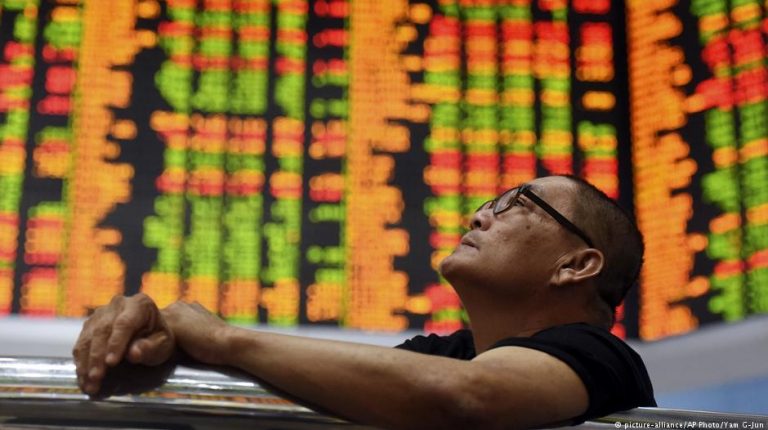 Wall Street’s dismal performance has had profound knock-on effects on global markets. Analysts have warned that the downward spiral is likely due to tariff-related effects on US companies, citing rising basic costs.Asian stock markets opened in the red on Thursday, a day after technology stocks hit Wall Street with the largest daily decline since 2011 and wiped out all of this year's gains.

"Concerns that earnings growth may be peaking against an unsettled global backdrop and that fiscal stimulus will wane continued to weight on sentiment," said analysts at the Australia and New Zealand Banking Group (ANZ).

The Nasdaq Composite Index, known for its plethora of tech stocks, lost 4.4 percent to end at 7,108.40, its worst day in seven years. The indexes were pulled down by Amazon, Facebook and Netflix, all of which lost more than 5 percentage points in value, while Google-parent Alphabet plummeted 4.8 percent.

In a blog post by the Federal Reserve Bank of New York, economists predicted that US firms could be facing a bleak situation due to the Trump administration's tariffs on steel, aluminum and Chinese goods.

The economists said the tariffs would raise the cost of "producing goods for export … and make US exports less competitive on the world market." As such, "the end result is likely to be lower imports and lower exports, with little or no improvement in the trade deficit."

As that assessment becomes more of a reality, some analysts have warned that investors are unwilling to stomach the risk exposure.

DW editors send out a selection of the day's hard news and quality feature journalism. You can sign up to receive it directly here.