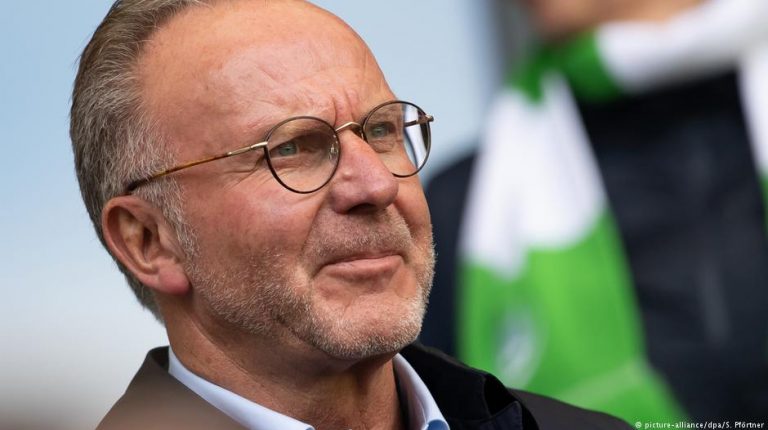 Karl-Heinz Rummenigge said the prospect of the Super League that featured only the top clubs in Europe would likely hurt domestic leagues. The Bayern boss said he was happy to not oversee its creation.Bayern Munich CEO Karl-Heinz Rummenigge thinks that a European Super League is bound to become a reality in the future. The Bavarian chairman made the remark in an interview this week with German football magazine 11 Freunde.

"I suspect that this league will come one day. But don't ask me when," Rummenigge said.

But in taking part in its creation, the Bayern CEO said no thanks."I am glad that the formation no longer falls under my responsibility as (former) head of the ECA (European Clubs Association)," he emphasized.

The European Super League idea is centered on narrowing the current Champions League to only the top 16 teams. The proposal has only been discussed, but so far there are no concrete plans to implement it.

But the proposal has sparked a debate over the future of European football. In particular, declining viewership of the current Champions League has driven some to support the move. At the same time, the Super League's main victims would be smaller teams and domestic federations.

Rummenigge touched on that point. "My gut feeling tells me that such a project would damage the domestic leagues," Rummenigge said, "because they would all become second-rate overnight," he added.

"But many clubs are following their own economic interests," the Bayern chairman noted, hinting that big clubs could be behind it for monetary reasons.

He is not the only coach to publicly say the Super League represents the future of football. In May, outgoing Arsenal coach Arsene Wenger said it was "inevitable" that a Super League would be established and that it would pose a challenge to domestic leagues.

For the Frenchman said a huge overhaul of football was in order in the near future and imagined that Super League games would be played over the weekend, with domestic league fixtures being relegated to midweek matchdays.