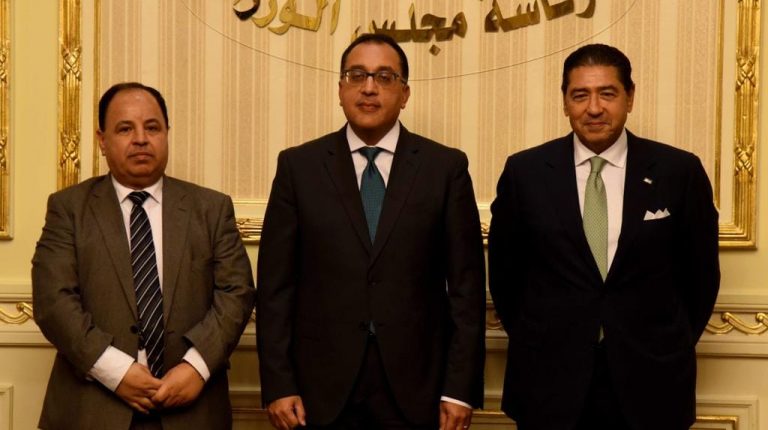 Minister of Finance, Mohamed Moeit, and Hisham Ezz Al-Arab, chairperson of the Federation of Egyptian Banks (FEB), signed two cooperation protocols between the Ministry and the FEB on Wednesday 24 October to end the existing tax disputes between the banks and the Egyptian Tax Authority (ETA).

The disputes revolve around the stamp and income taxes, according the provisions of Law 14 of 2018, which stipulate the renewal of working according to Act 79 of 2016, concerning the termination of tax disputes.

The two protocols were signed at the Council of Ministers’ headquarters, and was attended by Prime Minister Mostafa Madbouly, as well as the Minister of Housing, Utilities and Urban Communities.

According to the FEB’s issued statement, that within the bounds of preparing for these two protocols was discussing the disputed items regarding the two taxes, through a joint committee of representatives from the FEB, the Finance Ministry, and the ETA.

The FEB’s issued statement added that a set of foundations and rules have been agreed whose purpose – once activated – is to put an end to all disputes between the banks and the ETA, irrespective of each entity’s dispute status before the specialised representative joint committee.

Furthermore, the statement also declared that the Ministry of Finance agreed with the FEB’s efforts to end all tax disputes.

Finally, the FEB confirmed its continued thorough concern regarding the banks’ state of affairs and that they maintain open communication channels with officials from the Ministry of Finance. This in order to discuss the disputes with the ETA, concerning the practical problems associated with bank-specific tax accounting, in order to pursue the removal of any obstacles which may be encountered to enhance our national economy’s revival.