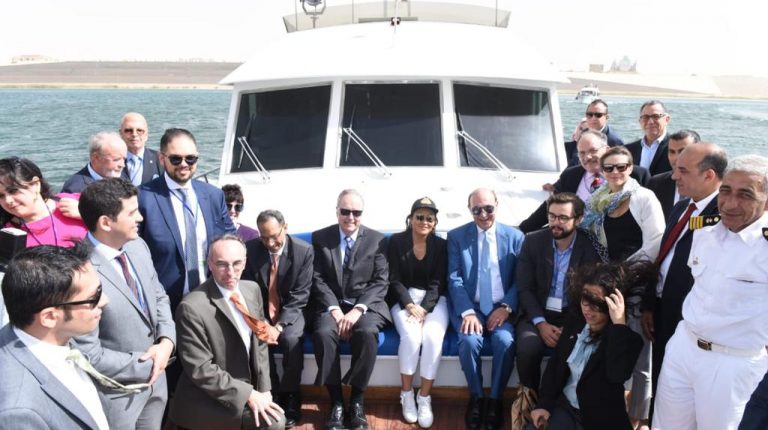 Minister of Investment and International Cooperation (MIIC) Sahar Nasr said that the MIIC-affiliated Investors Services Centre has witnessed the establishment of 13,500 companies since February, with a total capital of EGP 40.4bn, according to the ministry’s statement.

It came during a short tour on Thursday by a delegation of US companies officials visiting Egypt at the Investors Services Centre, which Nasr said it aims to reduce bureaucratic measures and offers electronic services to investors. in the presence of Thomas Goldberger, Chargé d’Affaires of the United States in Egypt.

Nasr said in a previous statement on 6 September that the total number of companies established through the Investors Services Centre reached 10,339 companies until the end of August, with a total issued capital of EGP 30.6bn.

The minister called on American companies to inject new investments in Egypt and expand their existing projects, especially in the Suez Canal Economic Zone and the New Administrative Capital. Regarding the country’s new free zones, Nasr said that the ministry is working on the establishment of seven new free zones in Minya, South Sinai, New Ismailia, Giza, Dakahlia, Aswan, and Kafr El Sheikh. The ministry is also working on establishing 12 new investment zones.

For his part, Goldberger praised the efforts made by the Investors Services Centre to facilitate investment measures, pointing out that American companies are interested in expanding their activities in Egypt in the coming period. “US investors do not see Egypt as just a big market, but rather a strategic partner and gateway to Africa and the Arab region,” said Khush Choksy, senior vice president for the Middle East and Turkey Affairs at the U.S. Chamber of Commerce.

Moreover, Nasr along with the chairperson of the Suez Canal Economic Zone (SCZone), Mohab Mamish accompanied the delegation in a tour in SCZone.