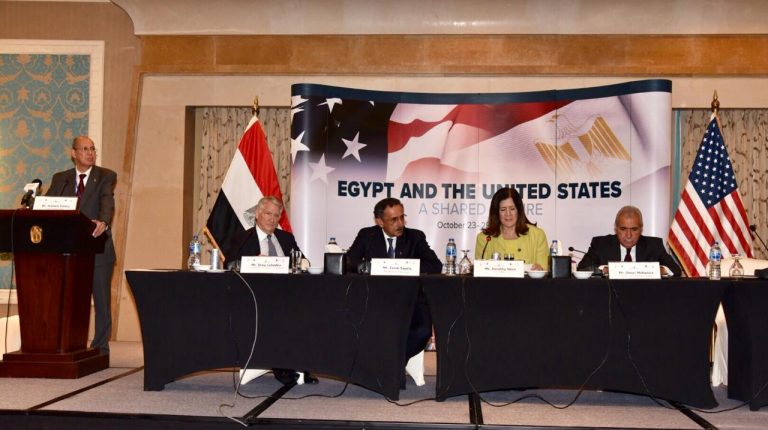 Greg Lebedev, senior advisor to the US President and CEO of the American Chamber of Commerce (AmCham), confirmed that the free trade agreement between Egypt and the US is under consideration, and that he believes that it will be a strong stimulus towards increasing trade exchange between the two countries.

Lebedev’s statements came during a press conference held on the sidelines of the AmCham’s conference on Thursday. He said that the chamber will submit a request to the US government in which they will demand serious negotiations to be conducted in order to initiate and finalise a free trade agreement with Egypt.

Moreover, Lebedev indicated that the meeting between President Abdel Fattah Al-Sisi and the US delegation shed light on the investment opportunities in the Egyptian market, and the economic reforms which improved Egypt’s investment climate.

“As a result of Egypt’s economic indicators-which exceeded our expectations-many American companies have shown a strong desire to invest in the Egyptian market,” he declared.

Concurrently, Tarek Tawfik, head of the AmCham in Cairo, stressed that the economic reforms cannot be implemented all at once. However, he announced, the Egyptian government has achieved remarkable progress in its economic reform programme.

Meanwhile, Omar Mehanna, chairman of the Egyptian-American Business Council, expressed that this current US visit is different, adding that “contrary to previous visits, where we invariably posed problems and pledged to resolve them, this time we revealed the solutions of the challenges facing investors.”