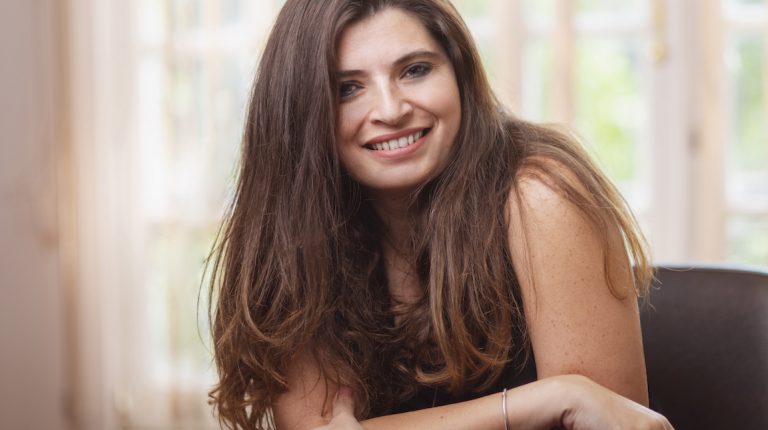 “Egypt’s Soft Power” is the slogan of the third edition of the Narrative PR Summit, powered by CC Plus, a corporate communications and media consultancy agency, aiming to forge a new domain for experts and market leaders to talk about the unified front this nation needs in order to enhance its advancement opportunities and communicate a positive brand to the world.

Daily News Egypt interviewed Lamia Kamel, the chairperson of CC Plus, and the political communication Guru, to speak about this year’s edition, the communication industry’s latest, and how soft power and content specialists can be just as powerful as government officials in impacting a nation-wide development. The transcript for which is below, lightly edited for clarity:

What’s different about this year’s edition of the Summit?

So, to do so we had to capitalise on partnerships, therefore, from year one, we built partnerships with the American University in Cairo (AUC),  the Chartered Institute of Public Relations (CIPR), the oldest public relations institutions based in the United Kingdom, and others as well such as the Oxford Business Group.

The idea was to bring the best calibres in the country, and to discuss growth, leadership, and similar issues, around PR, that would support the notion of nation branding, as we continued to the second and third edition, we grew in terms of partnerships.

This year we have the Prime Minister’s office, the US embassy, the UNFPA, and basically what these platforms serve, is that they take your story, they drive it through their social media platforms, and their speakers, so they shed light not only on the government initiative but also on your society’s initiative, what the business represents across different industries, what we are doing in terms of civil society, entrepreneurship, women’s empowerment, and they get to see with their own eyes, your capabilities, what you are able to do, not just from the content point of view, but from a logistics’ point of view, they come, they see the organisation, they see the speakers, and they get inspired enough to share your story.

So this year we have been able to – with the support of speakers who believed in us – have Mahmoud Mohieldin, who is a senior vice president at the World Bank Group, responsible for the 2030 Development Agenda, UN Relations and Partnerships. It’s amazing, as we are just a group of young people who are trying to communicate something to the world, and he helped us a lot, just by confirming his attendance and speech, he is saying that this is a good initiative, and through him we were able to get Natalia Kanem, UN under-secretary-general and executive director of UNFPA, who will be in Egypt for only one day to meet the president, and come to the Summit.

All these speakers come for free by the way, we were able to do that by positioning Egypt, and the summit, as a core and a very important initiative, not only for the countr,y but for the entire region, and we try as much as possible not to commercialise the event, until now it is self-financed, the sponsors cover about 70% of the cost, and we cover the rest, so it’s a cost platform, not a revenue one, that way we are able to protect the content, and what it represents.

We can see that this year’s line-up is filled with amazing female leaders, is that was your own focus, to hammer on female empowerment?

Yes, that is on purpose. It’s definitely one of the topics that we want to tackle, but we want to do it differently, not only by talking, the way you tackle an issue from my perspective is to show more than tell, much like what the president did, in the year of women in 2017, he made it happen by properly representing women in the cabinet, and we try to do the same, if we try to talk about women’s empowerment rhetorically, it looks like there is none and we are trying to get it, versus if it is there and we are celebrating it, I don’t feel that women are weak, or secondary, I don’t feel that we should fight for our rights, we are people, just like men, we compete in the same field, I have been sitting in meeting where I am the only women, and yet they chose me, because we work hard and add value, not because we are women.

I am against the whole notion that we are women please give us a chair, I am for giving women an equal chance to compete. This year, the ministers are women, and the one coming on behalf of the Prime Minister is Randa Al Menshawy, deputy minister of Housing, Utilities and Urban Development, who is a female-leader in a very tough field, for a woman to be there and handle such hardcore field, is so inspiring.

We also wanted to bring the soft power of arts and culture as well, such as Alia Abaza who is a local fashion designer who represented Egypt in Milan, Dina Saoudi, who is Jordanian, and she is communicating the power of nations, through a cookbook, and someone like Dina El-Mofty who works in entrepreneurship, and is the CEO of her organisation, and many others.

This is how we talk about women, this is what we have done, the country, and the region has done. I feel it’s a very rich topic, we are not here to celebrate success, because we are not there yet, not as CC Plus or as a country, but obviously, we are on the right track.

How many of previous edition’s recommendations have been implemented?

Last year the recommendation revolved around creating a unit, under the name of “The National Apparatus For The Development Of Egyptian Identity,” and it was supposed to be a partnership between the government and private sector, and it aimed to look over different files such as human rights, media, tourism, and investments.

The idea was is that you have this unit, which is centralised, so you communicate one voice for Egypt, across these files, and each of these files has a number of organisations reporting to it, and that way you combine all the concerned parties’ initiatives under one direction, and this direction is based on one of the 13 indices of development.

Such ambitious initiatives take time, but the president’s office investigated the idea, the prime minister’s office received the idea and liked it, so there was progress, but we were very realistic in terms of expectations.

The event was not just an event, but a tool to serve a purpose, and transfer it into something meaningful, imagine with this unit what Mohieldin could do, if he was an advisor, or on the board, we have so many successful Egyptians, and international people who are very interested in the country, and if you create the right space, and organisation, you can have a voice in international arenas.

We do have a political voice, some economic, but we need more, you can’t put the burden on the government to do everything, first they don’t have the time, they may not see it as a priority, or lack the right people to do it, that’s why we are here, to fill the PR void in the country.

Egypt is a country that has so much history, influence, heritage, and futuristic approaches, we have a great file in entrepreneurship, and women’s empowerment, sports etc.. someone must talk about it, and that’s the whole point.

How do you evaluate Egypt’s PR and communication industry?

The industry in Egypt is quite embryonic in comparison to the rest of the world, and the reasons behind that is that it is still trapped in media, as a media relation part, media itself is eroding, PR is very strategic, but in Egypt its considered tactical, it is about understanding your brand, and communicating it through different channels, through media, influencers, social media, government, social media, etc.

How can the industry impact society?

Communication is a very interesting notion, too much or too little communication is very dangerous, you need to have the message first, I am totally against talking without actually adding value, as it should definitely have a direct relationship with actual on ground operations, to support it, whether it’s a government initiative, UN development goals, etc, whatever it has to reflect on actual value, and achievement.

Look at the United Arab Emirates for example, they communicate a lot and they have this amazing social media network presence, to showcase their success stories, because they have something to share, which reflects on their tourism, finance, real estate sectors.

Nation branding, how can this help in achieving Egypt’s potential, in terms of tourism development, attracting investments,  etc?

In 2016, when we initiated the narrative summit, we created a panel about Nation Branding, and at the time we asked Andrew Bone from Hill+Knowlton Stratégies, as a foreigner who lived in Egypt for some time about the gap between him, in the country, and the global perspective.

We need to focus on this person, on his education, understanding, and development, for him to feel he is engaged with his country, and wants to properly represent it, we had this before, we always had it, until there was a gap that was created between the state and the people, and when a person feels that there is a gap, he loses focus.

Nation Branding is an idea. Beneath this idea is a number of projects; you break down the idea of nation branding, and then you have projects that can be handled by private companies and other forms of institutions. But the idea must be interpreted and enforced by everyone in the nation. No one is excluded from crafting and implementing the ideology.

What we are seeking is to illustrate is a benevolent image about Egypt on all levels through local and international narrators who narrate their victories in their fields such as investment, entertainment, technology, economy, and then export as a model for successful Egyptian calibres.

Such conversations and growth-friendly environments will open more doors for lucrative investment opportunities to enter the nation and concoct recommendations that layout compelling content and create communication channels between the state and foreign media.

However, we can’t do everything, you need to focus on something, we chose to focus on the Narrative Summit, to become an Egyptian product that would be able to communicate Egypt’s identity.