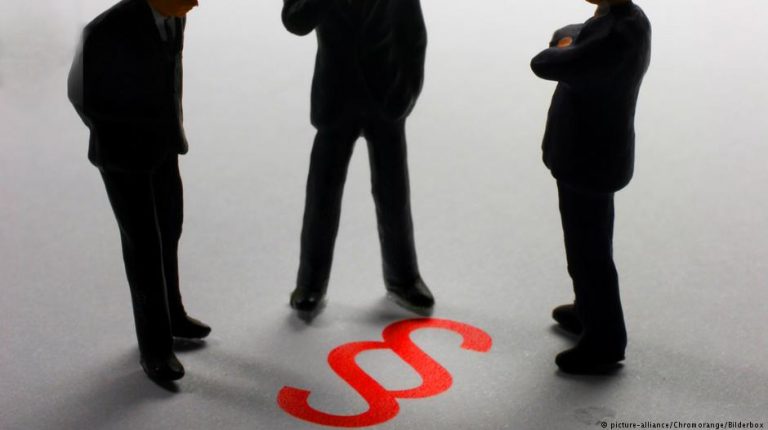 A German musician has won the right to blow his own trumpet: Siegfried Ratz’ neighbors had sued him for excessive noise pollution. But the professional trumpeter prevailed in Germany’s top court.According to the Rheinische Post daily newspaper, there were more than 12,000 legal disputes between neighbors in 2015 alone. People have even suffered injuries and been killed because of such rows, which even Germans consider to be as quintessentially German as beer, sausage and lederhosen.

A new ruling from the Federal Supreme Court (BGH) on a case involving a musician has now rekindled the public debate on good neighborliness in Germany. The neighbors of a professional trumpet player had taken the musician to court, complaining about the noise pollution caused by his practicing.

Germany's highest court ruled in favor of Siegfried Ratz – within reason. The decision from the BGH in Karlsruhe reads that the interests of the accused were not in direct conflict with those of the plaintiffs and that a balance between the two parties could only be found by "limiting the amount of time spent making music."

The right to personal development

The trumpet player will now have to curb the amount of time he invests into practicing. The BGH said that individual agreements between the various parties involved would need to be made, specifying that two to three hour-sessions on business days and one to two hour-sessions on Sundays and public holidays were generally considered fair reference points, as is common practice in apartment blocks and among homeowner associations throughout Germany.

The BGH highlighted, however, that the trumpet player's neighbors also had a right to peace and quiet.

The court added that professional musicians like Ratz were sufficiently covered by the same laws as amateurs, as making music is legally considered to be a "socially acceptable and conventional leisure time activity." The BGH also stressed that making "music can be of considerable importance for maximizing one's lust for life and enhancing one's emotional life" and that music was an important factor in personal development as well.

What's all the noise about?

Litigation over trumpet playing may sound absurd; however, Germans are used to having their fair share of run-ins with their neighbors for seemingly trivial reasons. According to a survey by the Forsa Institute, 74 percent legal quarrels among neighbors had to do with noise. 53 percent were about vehicle-related issues (such as parking a car in the wrong spot or causing too much noise while keeping the engine running). Another 52 percent were purportedly negligent in carring out duties such as cleaning the staircase or shovelling snow, and with 48 percent, the fur flied over pet-related quarrels (ranging from noise issues to hygiene matters).

It would appear that if you can't get along with your neighbor in Germany, you can always sue them. But be careful: you'll have to pay the court fees if you lose.