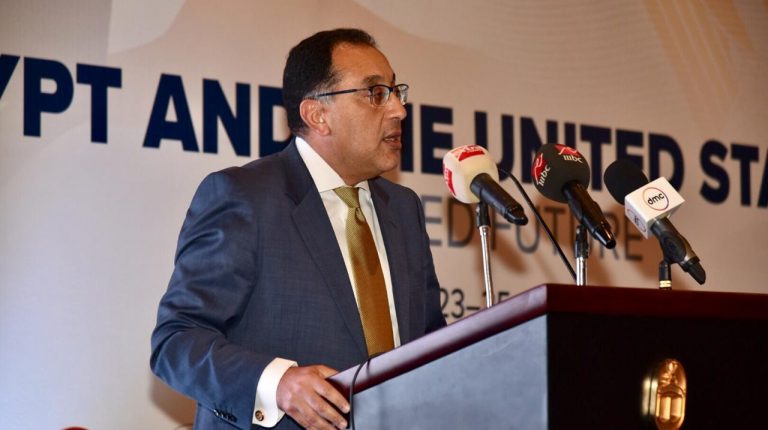 The final session of the ‘Common Future of Egypt and America’ conference on Thursday witnessed the most controversial debate between Prime Minister Moustafa Madbouly and 44 representatives from American companies.

The meeting included Omar Mohanna, chairperson of the Egyptian-American Business Council, and Tarek Tawfik, head of the American Chamber of Commerce (AmCham) in Egypt.

The meeting also included eight ministers, notably Minister of Tourism Rania Al Mashat, Minister of Communications and Information Technology Amr Talaat, and Minister of Supply and Internal Trade Ali Meselhy, as well as a number of ambassadors of several countries and some Egyptian businesspersons.

Mohanna asked Madbouly about the government’s plan to attract new investments. The prime minister answered that his colleagues along with himself are working to overcome obstacles that face foreign investments, and on facilitating work measures to eliminate bureaucracy.

Madbouly admitted that the government understands that bureaucracy increases in the administrative apparatus when it comes to peripheral employees.

Furthermore, the prime minister indicated that the best solution for bureaucracy is digitalising more state services, highlighting the fact that the government has already replaced 150 paper-based services with smart electronic services.

“Within two years, the vast majority of government services will be mechanised,” Madbouly announced.

Madbouly retaliated by saying that the government’s task is to pave the way for the private sector to lead the country’s development, shooting back that all government investments were aimed with this objective in mind.

“During the last four or five years, Egypt faced serious problems in various areas that required the government’s intervention so that the investment environment can become more suitable for the private sector,” Madbouly rebutted.

He counter charged that there is a clear and declared government vision which relies on promoting the industrial sector, followed by tourism and telecommunications, which provide good regional leadership opportunities for Egypt, followed by agriculture, land reclamation, and construction sectors.

With respect to Egypt’s population explosion, the prime minister sustained that it is a serious challenge, especially as the population increases by 2.2 to 2.5 million people annually.

The government assumes the burden of providing food, housing, health care and education to the millions that increase every year.

The US business mission included 44 US companies operating in the fields of energy, oil and information technology among others and included giants such as Pfizer, Google, Apache, Uber, and other US companies, who concluded their visit to Egypt on Thursday night.