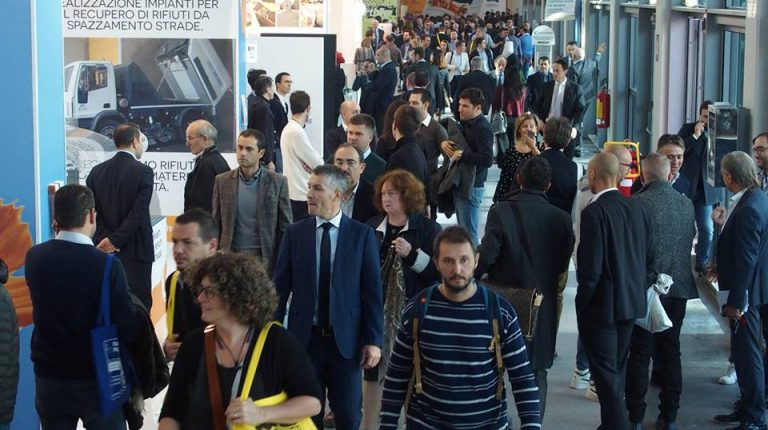 Ecomondo scheduled to take place from 6th to 9th November at Rimini expo centre, under the Italian Exhibition Group banner,  confirms its role as a European reference point for the green economy and the circular economy at top institutional level.

Over the years, a close relationship has been formed with various interlocutors and organisations of the European Commission, which has become a constant presence in the program of events.

In this year’s edition, the participation of the European Commission in Ecomondo will be further strengthened by the presence of an EC stand.

The European projects financed via four different programs (COSME, LIFE, Horizon 2020 and EMFF) will be showcased at Ecomondo, in the South Foyer, by means of the European Union’s EASME agency (Executive Agency for Small and Medium Enterprises).

The aim is to promote European financing in the Circular Economy context. The Commission, through EASME, will bring 37 projects from all over Europe to the expo, bearing witness to how financing has stimulated the introduction of circular processes in various contexts.

EASME officials will also be at the disposal of Ecomondo attendees interested in discovering more about the possibilities of financing provided by the various European programs.

With a speed dating format, visitors, buyers and exhibitors will be able to book a meeting with the EASME agency’s experts.

Moreover, another European Commission initiative will be the creation, at Ecomondo, of a sort of Virtual Tour among the exhibitors who in the past have already received European financing, indicated with a sticker with the European Union logo outside the individual stands.