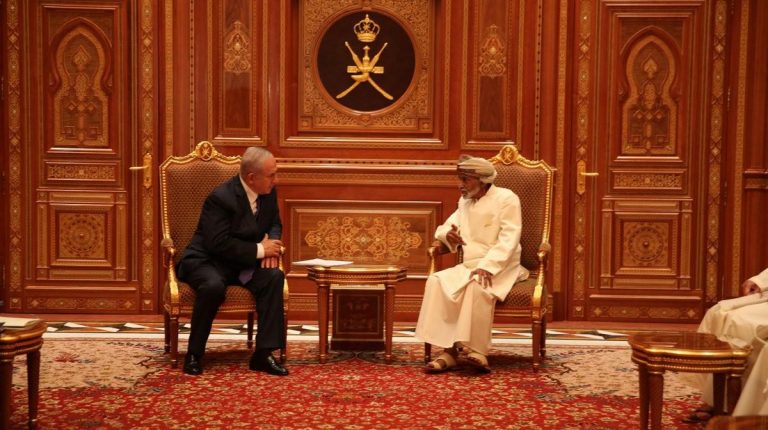 For the first time since the Israeli occupation of the Syrian Golan Heights, the Druze community in the occupied region is invited to vote in the Israeli municipal elections that will be held on 30 October.

Israel occupied the Golan Heights in 1967, following its victory in the war with Egyptian and Syrian militaries. In 1981, Israel annexed the territory in a move that is not internationally recognised.

The new Israeli move for conducting elections in the territory aroused controversy among the 23,000 Druze the Golan Heights. The community is divided into two groups, one accepts voting as a step for integration into the state, while others say they are Syrians and the Israeli election is not for them so they are calling for boycott.

According to Israeli media most of the Druze in the Golan Heights are permanent residents of Israel. This means that they are allowed to vote in the election, while only those who received citizenship can run for office.

Thousands of Druze are living and integrating inside the Israeli community. They are also joining the army and police forces. But relations between Israeli-Druze and Israel witnessed and escalation in light of the Israeli new legislation which recognises the state as a Jewish state. The legislation ignores other components of the Israel including the Druze.

Meanwhile, the normalisation between Israel and Arab countries is accelerating. Israeli media highlighted Israel’s role in rescuing Jordanian students after the last torrents in Irbid city, which resulted in killing about 20 people and wounding 27 others.  Also, Israeli sport teams are taking part in championships in Qatar and the UAE.

Moreover, on Thursday, Israeli Prime Minister Benjamin Netanyahu met with the Sultan of Oman Qaboos bin Said to discuss the peace process in the Middle East, according to Omani media. Even though none of the seven Gulf countries recognise Israel, Netanyahu said that Israel’s relations with Arab Gulf states is growing.

Yusuf bin Alawi, Oman’s minister for foreign affairs, said in an interview with Al-Jazeera following Netanyahu’s visit, that Muscat is not acting as mediator between Israelis and Palestinians.

Bin Alawi said that US President Donald Trump should play a role as a mediator. He sees that nothing could prevent the Israeli prime minister from visiting Oman.

On Saturday, the Saudi Minister of Foreign Affairs Adel Al-Jubeir said from Bahrain, that normalising relations with Israel is part of the peace process.

Tarek Fahmy, professor of political science at Cairo University said that Netanyahu’s visit to Muscat comes in the context where communications between Oman, the Palestinians and the Israelis have been taking place for months. He also pointed out that two days before Netanyahu’s visit, Palestinian President Mahmoud Abbas visited Muscat

Regarding bin Alawi’s statements, Fahmy told Daily News Egypt that it was just wordplay. He added that Saudi Arabia, Oman, Qatar, UAE, and Bahrain have secret relations with Israel.

Fahmy expressed concerns that the last manoeuvres could lead to economic and developmental peace between Arab countries and Israel, who will communicate separately with each and every country using the Palestinian issue as an entrance gateway.

The political science professor stressed that despite Oman’s international experience, it still need international and regional parties to handle a conflict like the Palestinian issue.

International relations expert, Ayman Salama, said that normalisation with Israel is still far from reality, as the Arab public opinion still rebuffs that. He told Daily News Egypt that passing the two-state solution will encourage Israel to continue its policies.