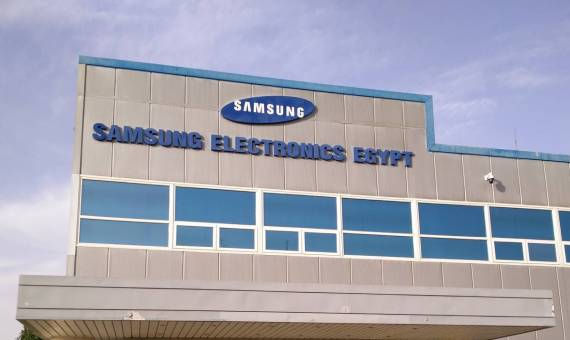 It is the first factory of its kind in the Middle East and Africa, and it depends on the latest international technology in QLED TV production. It is one of Samsung’s 14 global factories specialised in television manufacturing.

The factory was established and opened in 2013 to produce a variety of Samsung screens locally, ranging from 24-inch screens, to 82-inch screens. In addition, the factory invests in developing the skills of its employees, training over 180 employees and technicians on how to use the most up-to-date manufacturing technologies in the Beni Suef factory.

He pointed out that 80-85% of the production in Samsung’s factory in Beni Suef is exported to several countries within the Middle East and Africa.

The production capacity of the factory in Beni Suef is 6m devices annually. It is also fully prepared to meet the export needs as well as the needs of the local market, which would develop Egypt’s economy through providing a steady flow of foreign currency through export.

According to IHS Markit, Samsung ranked first in the international TV screens sales criteria, and has held the same position for 12 years since 2006.