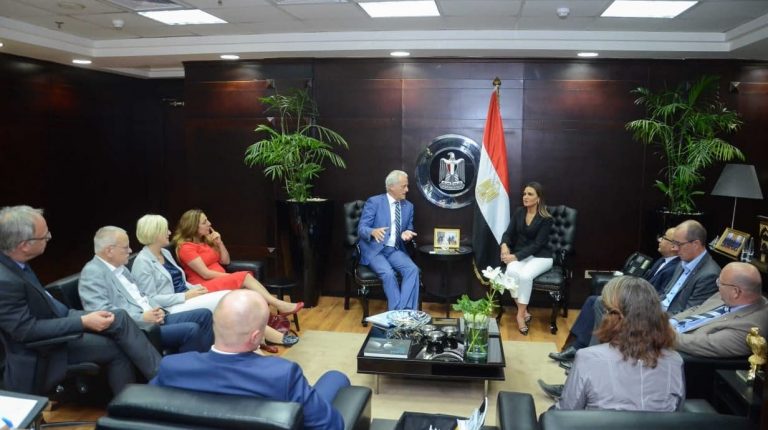 Minister of Investment and International Cooperation, Sahar Nasr, stated that the government looks forward to increasing the volume of German investments in Egypt to become one of the top 10 investor countries in Egypt.

It came during a meeting between Nasr and a delegation from the German Bundestag (German federal parliament) led by the head of the German parliamentary committee of economic cooperation and development Peter Ramsauer.

The delegation also included representatives of all the German parties represented in the parliament.

The German delegation stressed their country’s keenness to support Egypt economically in the coming period, praising the current economic reform measures adopted by the Egyptian government.

The delegation pointed out that these reforms reflect President Abdel Fattah Al-Sisi’s courageous steps to boost the Egyptian economy, which have positively affected the investment climate, and encouraged German companies to increase their investments.

For his part, Ramsauer expressed his country’s enthusiasm to increase cooperation with Egypt in light of the strong strategic relations between both countries, highlighting Al-Sisi’s initiative to invest in human resources.

On the other hand, Al-Sisi started on Sunday a four-day visit to Berlin to participate in the G20 Compact with Africa summit. He will also hold several meetings with the German chancellor Angela Merkel and a number of German companies.

Was Sebastian Rudy a bad buy for Schalke?